well after my last nightmare I finally got the car running correctly and gear selection was spot on after partially stripping, cleaning and reassembling the solenoid packs etc.
Far better than it ever had been since I purchased the car around 4 years ago so was well chuffed

Have now found a further issue.........basically the very expensive hydraulic oil has now decided to mix with coolant leading to a mayo coloured mess

So on further investigation have discovered that an o ring seal in the original oil cooler housing has split which has resulted in the coolant mixing with the hydraulic oil.

So eventually its come to this 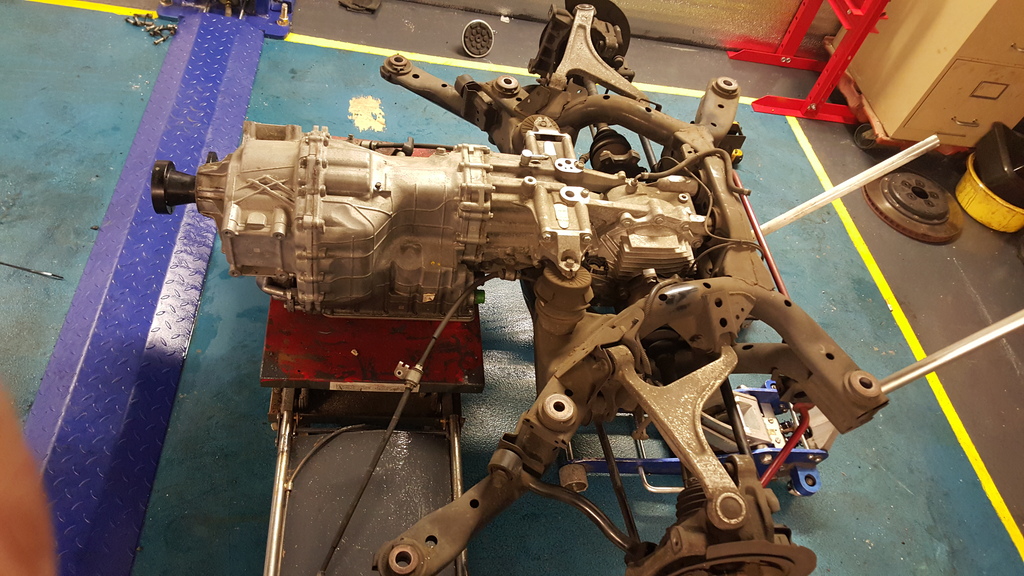 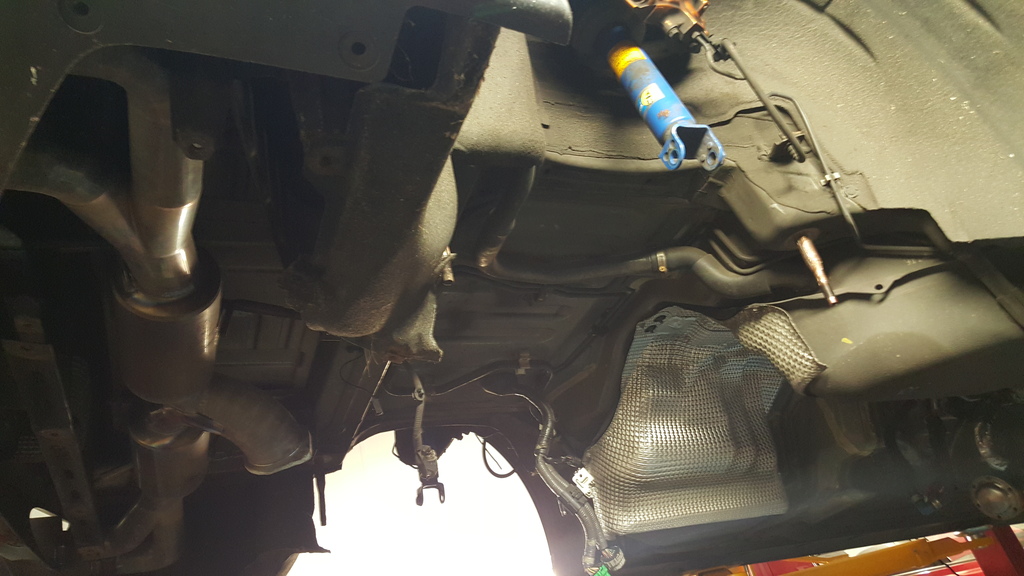 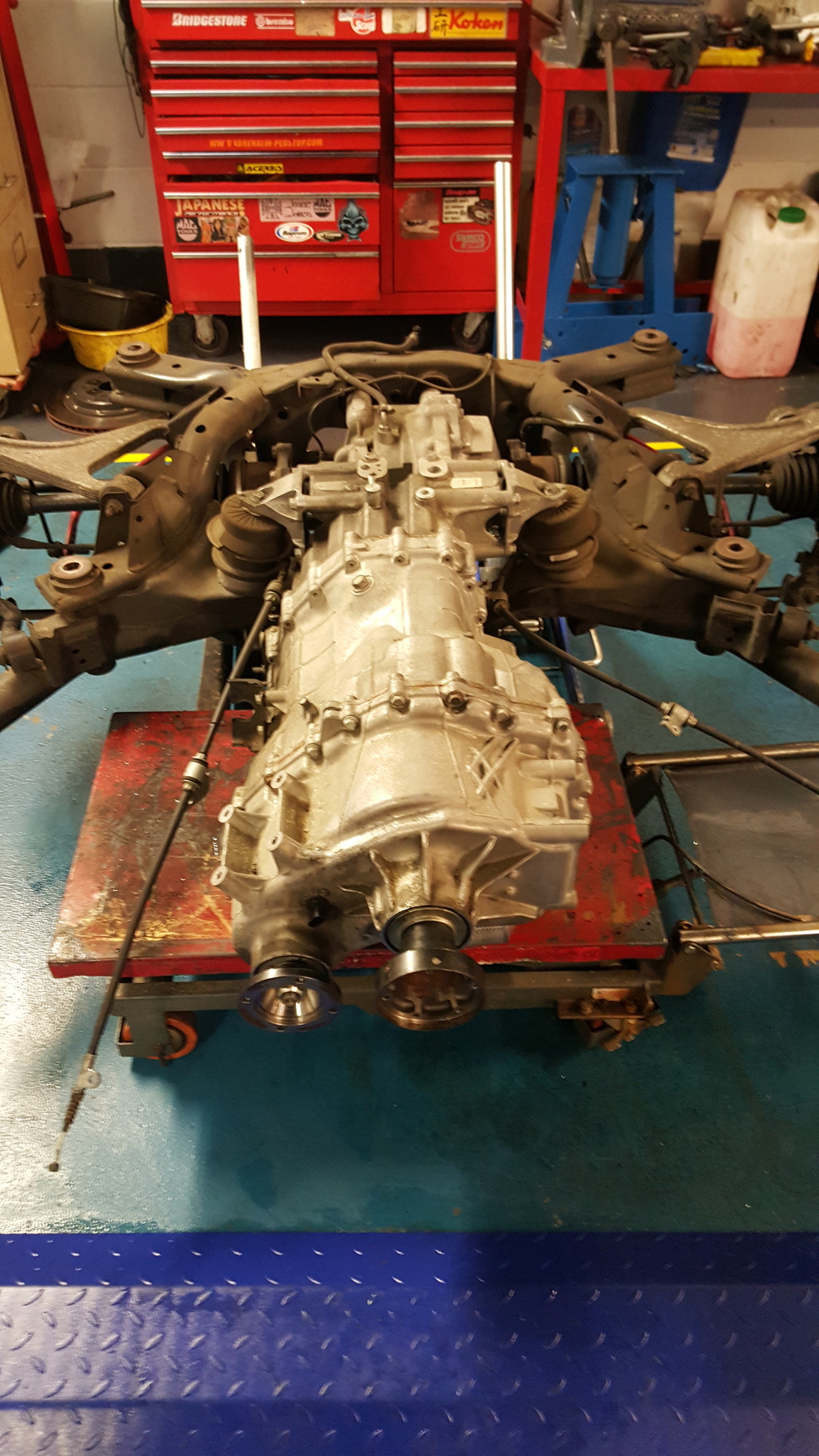 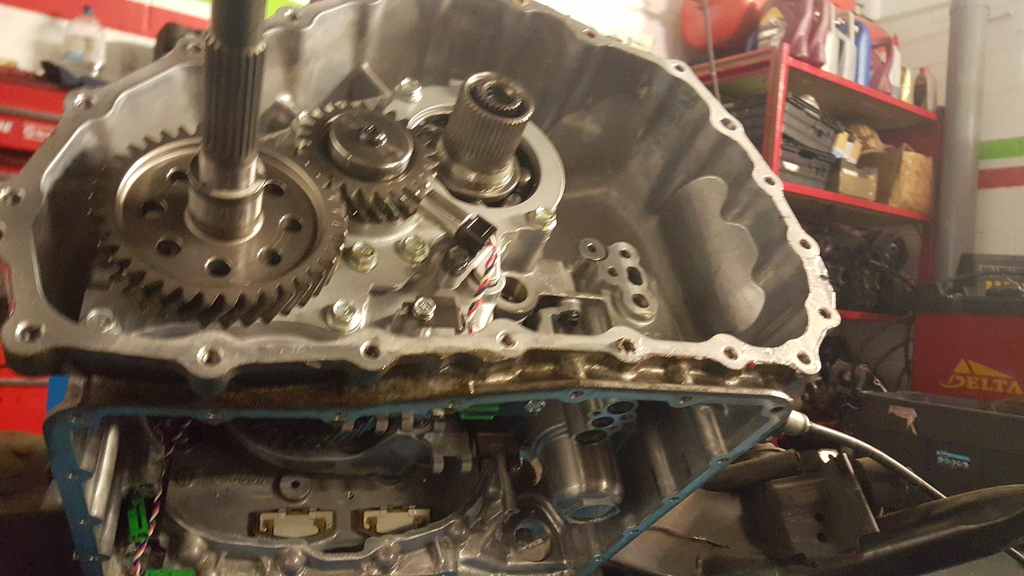 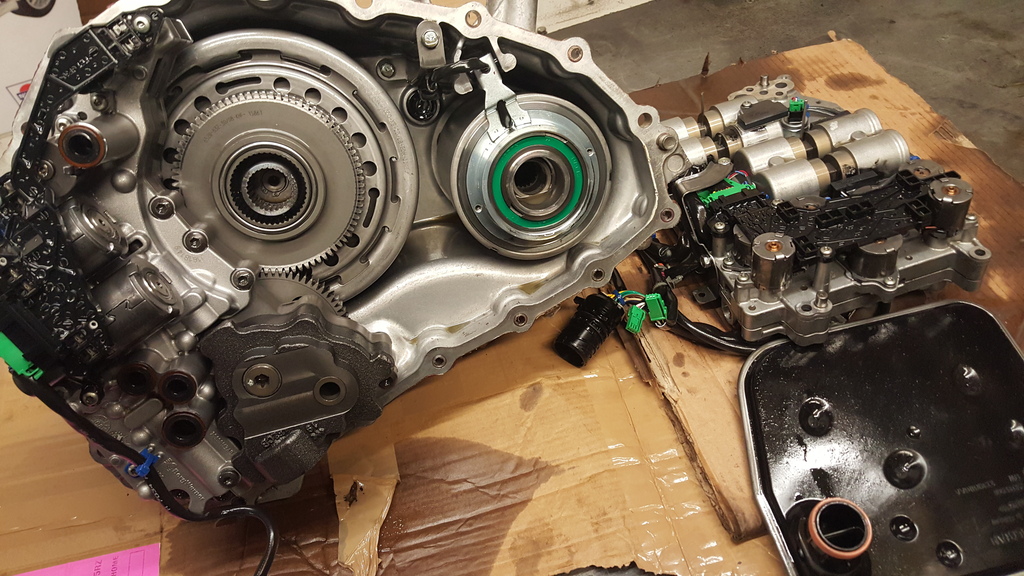 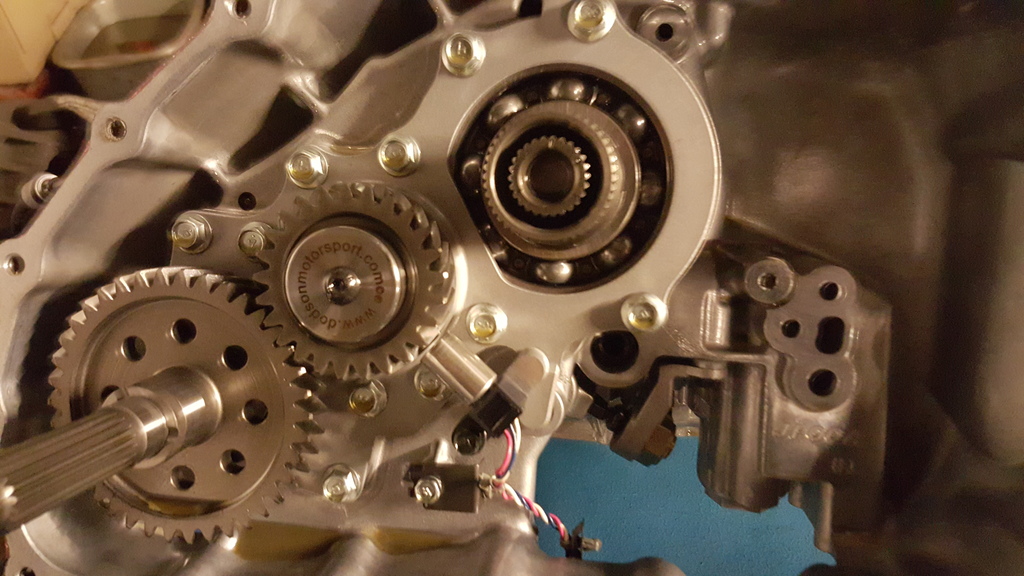 Doesnt look like a job id want to attempt .... so do you think its just all the fluid and oil mixed in the clutch causing it to slip or is the strip down to gain access to the o-ring
_________________
"Official post whore" and all round superhero....

No the o ring can be easily got at as the cooler is bolted on front of box so already sorted that.

The issue now is the damage that could have been caused by the fluids mixing as the clutches are wet clutches similar to a motorbike and they don't take kindly to contaminated fluids or even the wrong fluid.

As well as that the solenoid packs around  12 in total which work in 2 directions so effectively around 24 movements half of those being electronic solenoids in the clutch pack area which will engage 2 clutches per gear.
These may not be working  as they should and if they malfunction could end up with them trying to engage 2 gears at one time which will lead to a not very nice outcome lol

Shit, bad luck Bob. Modern technology is good but so expensive is something goes wrong, especially a simple 5 bob 'o'ring.
GL with the strip and hope worst is not there and all is ok, just a bit of water stopping it all working.

WOW, that thing looks pretty!! Pretty always means expense, good luck and I hope you don't have to spend all the wedge.

will know more today as im going to strip the thing right down to try figure out what the issue is as I need the car fixed and out of my workshop.

Trouble is with these boxes, as well as being extremely complex everything you have to buy costs shed loads of money and an unknown used box can go for anything between 5-8k with them being around 16k new from Nissan stealership
If I had to take it in to get repaired then its £800+vat just to have the box removed that's before dis-assembly of the thing

Kind of makes the Gtir seem like a very cheap little runabout lol
_________________
GTI-R-US.co.uk
In association with
Torque Of The South Motorsport

@GTI-R US wrote:
ive heard of more than one case where people have had in excess of 22k bills to pay for repair and fitting of some modified parts

Fooking hell, must be keen to fork out some money.

Has anyone seen the new Japanese Performance Mag? there is a red R35 featured in it, so sexy.

Bloody hell - that's some serious wedge if you need such work done !
Luckily you're a man in the know - or at least getting to know....very intimately by the sounds of it !
Hope it all goes well Bob and no major parts need replacing !
Keep us updated.

Been finding it hard to find the time to work on this so came in today to start stripping it down bit by bit and gotta say I'm now getting to understand how this thing actually works and how the twin electro hydraulic clutch system works in relation to gear selection but basically each of the  solenoids in the clutch pack assembly is linked directly to its neighbouring solenoid in the main gear housing.
So ecu tells the solenoids that a shift has been made by driver and at that precise moment one clutch disengages the gear and other clutch is hydraulically depressed simultaneously which engages the next gear
so the really clever part with these boxes is actually the software written into the gearbox ecu.The timing has to be perfect in order not to crunch a gear which would be catastrophic given the power / torque and sheer speed in which these cars can select gear. 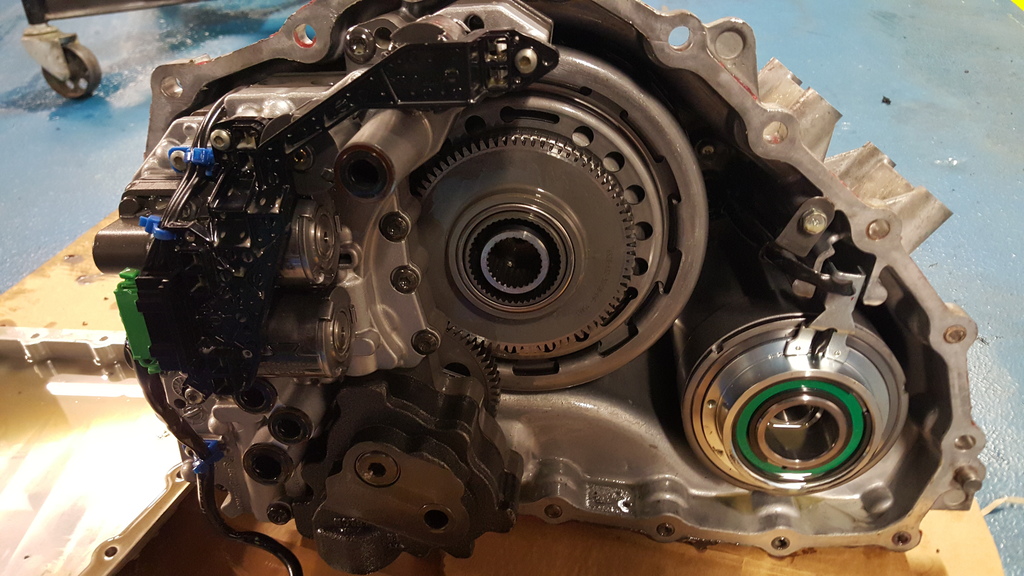 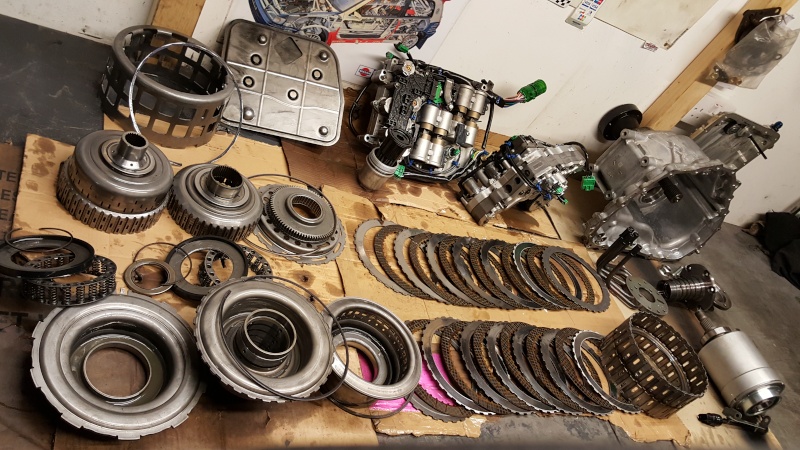 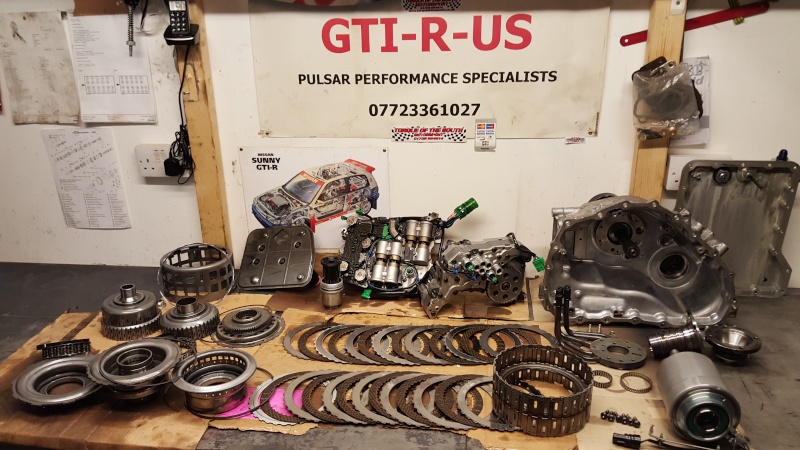 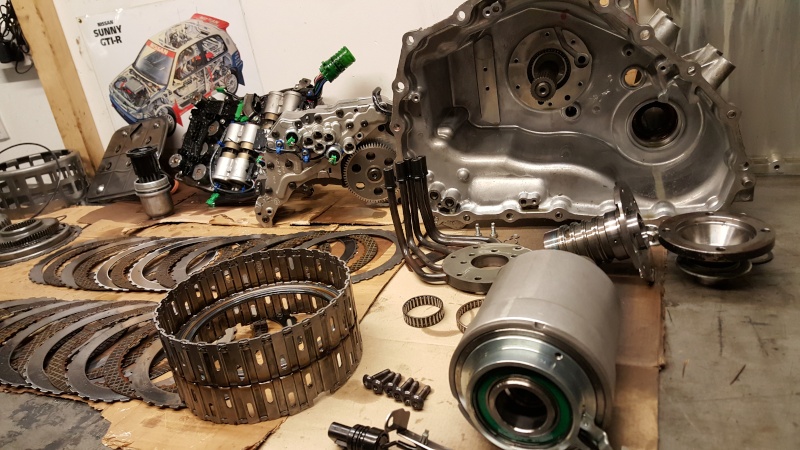 That's just the front section which contains all the clutch basket and many drive plates, 4wd diff gear, hydraulics and solenoids that operate everything. I still need to totally strip down the solenoid packs and check their operation but the vlutch drive plates all look to be OK which is a good thing as they are very expensive. 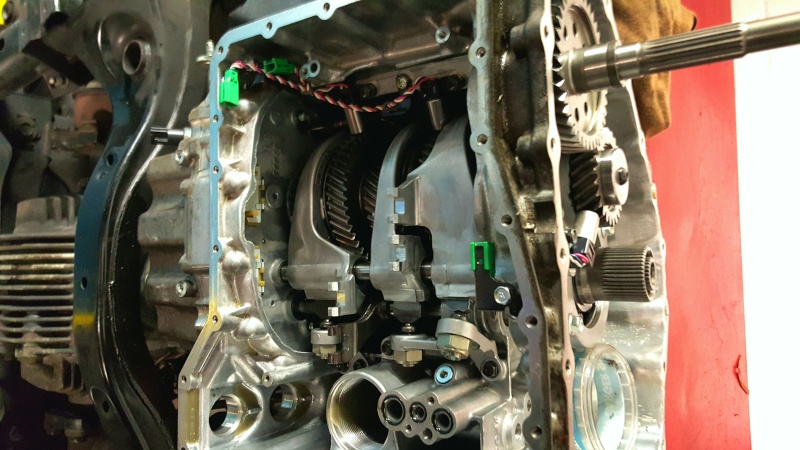 There's me thinking a pulsar gear box was complicated to strip.

Do you have a workshop manual for this tear down Bob?

It's really good to see you part documenting it.

Fookin hell, If I did that the box would never be put back to together.

This was my dream car but scarred shitless of having one now. I can imagine my wife's face if I told her my garage bill was 22 grand

All looks fairly clean though. Assume you have been cleaning the sludge off as you go right?

@Bones wrote:This was my dream car but scarred shitless of having one now. I can imagine my wife's face if I told her my garage bill was 22 grand

There's me thinking a pulsar gear box was complicated to strip.
Do you have a workshop manual for this tear down Bob?

It's really good to see you part documenting it.

No book Chris, I truly am winging it

Trouble is with these boxes is its hard to get any info as its a closed shop with the big players such as svm and litchfield
So I'm trying to work Out exactly how it works as I dismember it and I'm learning fast..........I have to lol

Think I've found the issue now but won't commit myself until I've re-assembled it all and its hopefully all working. If that is the case then next time I pull one art I will feel confident in what I'm doing sometimes you just have to bite the bullet and chuck yourself in at the deepend


Far far from clean yet Ben, this thing needs to be spotless when it goes back together no dirt or contaminants whatsoever
_________________
GTI-R-US.co.uk
In association with
Torque Of The South Motorsport

That certainly the deep end .
Hope works spot on once assembled as give you confidence & right mind frame work on them again. Is a huge hassle with no workshop manual data or nissan training .
Don't think I will be stripping one lol, looks more stressful than spending time with her indoors :-S

Hopefully it works out ok for you mate

Stick the bits in the dishwasher then...

Well bit more done this evening
Solenoid pack pulled apart, this has been the biggest challenge so far with lots of little springs, ball bearings, miniature filters and seals etc
Wasted an hour tonight as I dropped a tiny little spring and bearing and what a mission trying to find that fooker

Tested all the solenoids out and all are working correctly. Next comes the clutches solenoid pack and solenoids which operate them and this is where I believe the problem lies. 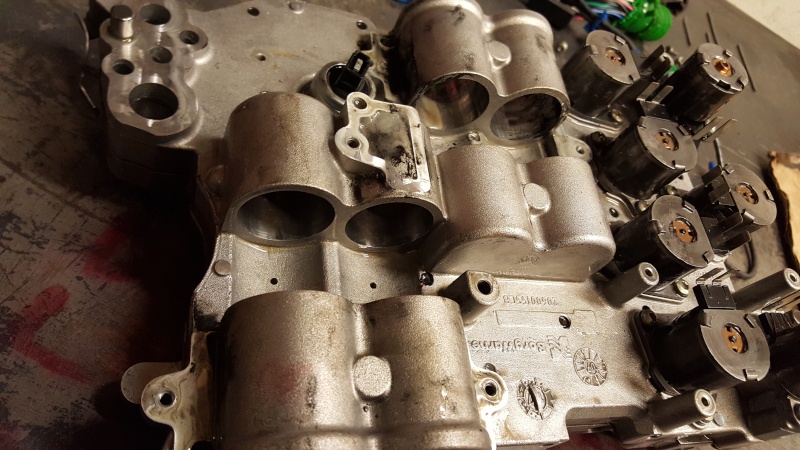 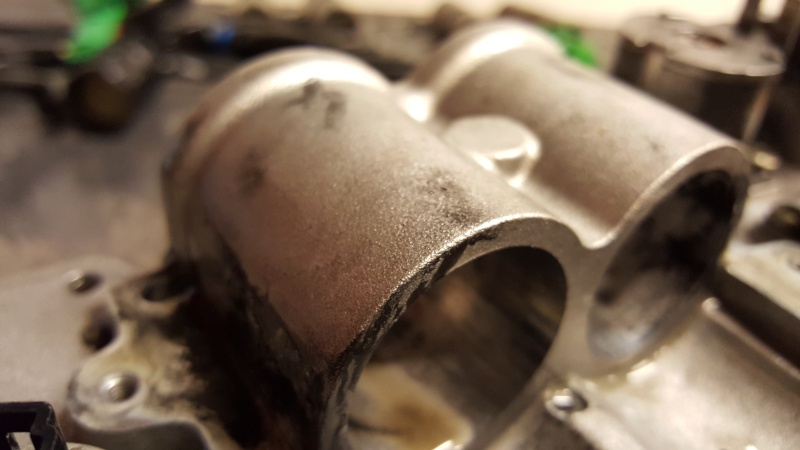 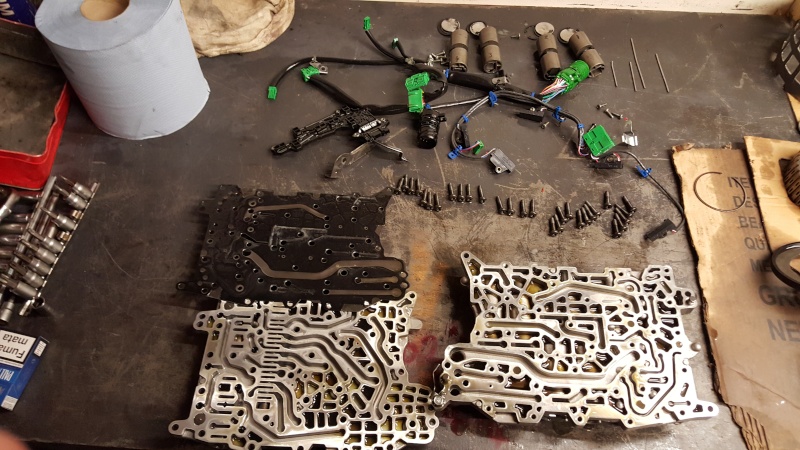 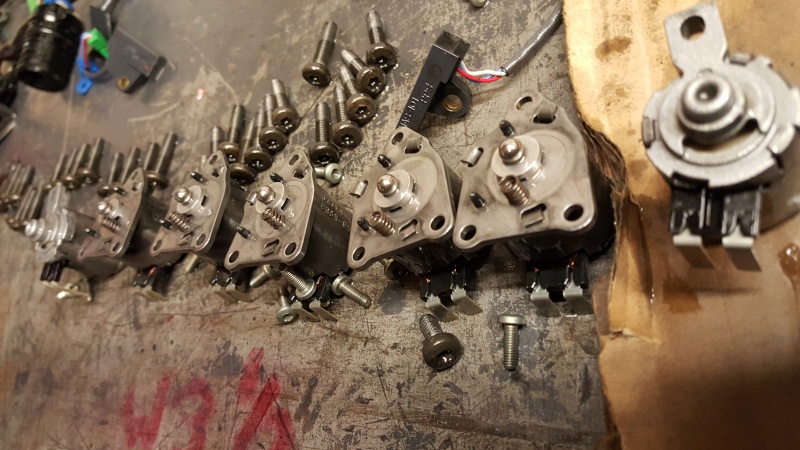 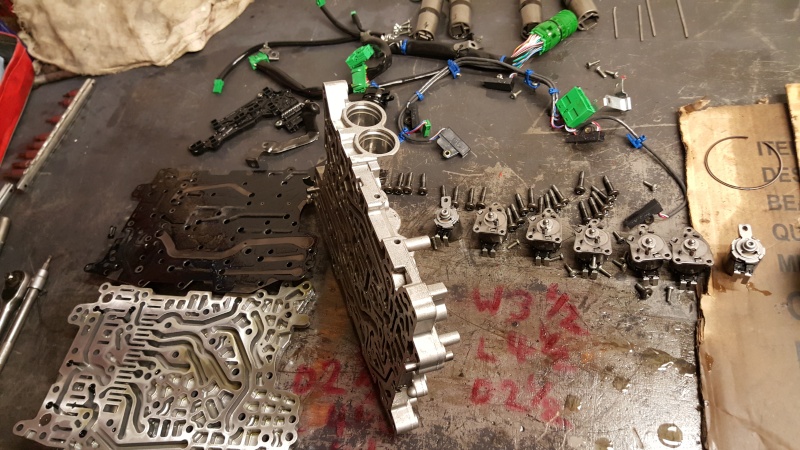 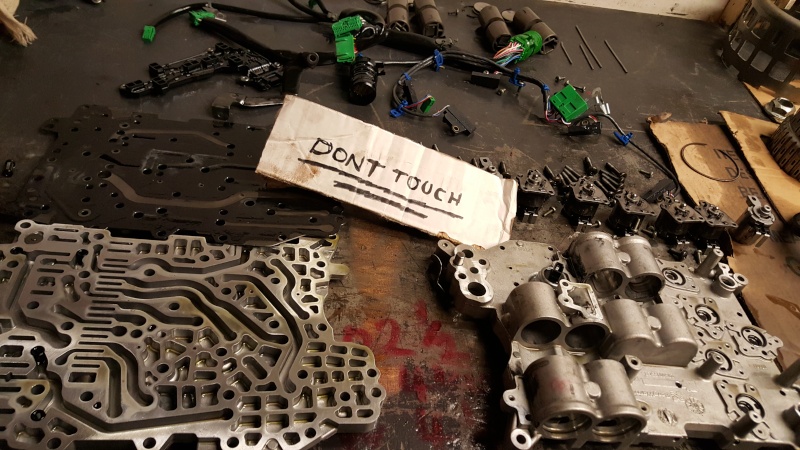 Wow! At nearly 3.00am you should be getting some sleep as we all know that's when little errors creep in and you don't want that happening.

Well its been a few months as been so busy wirking on other cars that not had time to sort my own out but a few more late nights recently and 7 day weeks and finally its all back together and ready to go in after the rebuild. 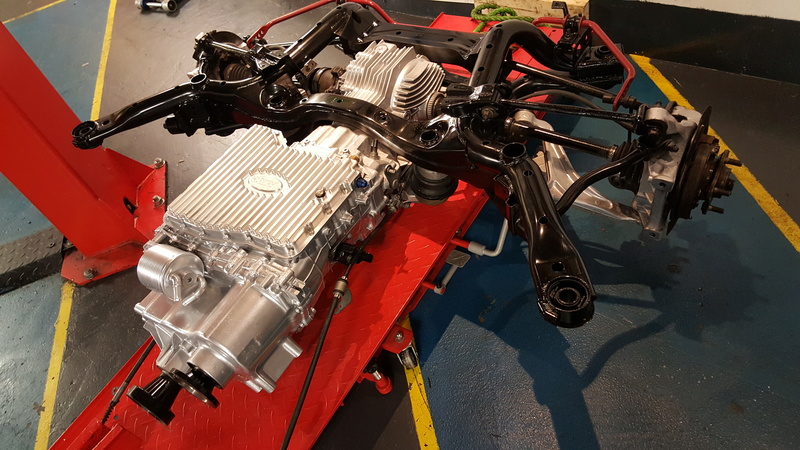 One thing i do know is that this assembly is fookin heavy, killed my back lugging this lot around but il take that if it all works
_________________
GTI-R-US.co.uk
In association with
Torque Of The South Motorsport

Well done Bob, really hope it works after all those late nights.

Did look a hell of a challenge with all those bits on the work bench.

Looks good on the outside! Good luck!

You are one crazy fucker Bob lol
Fareplay to you for getting stuck in tho.
Its amazing looking at all those pictures of parts that you know where everything goes!
Here's me moaning about fucking about with my gtir..
Hopefully its all good once back in.
_________________
Back again