ok so il admit the title and description may be a tad 'click bait' but non the less the engine is being rebuilt ready for more hp but as a person of modest means this is in the distant future.

a couple of years ago i blew the head gasket and had the engine thrown back together with a new head about 8 months later it went again, so i filled the water system with leak stopper which reduced the water loss. I drove it for another 12-18 months just topping up the water and no stat, i event raced the car at Santa pod with the blown HG 12.0 if you are wondering (pb 11.

After being disappointed with the previous engine rebuild it was clear to me that this time get it done and get it done right. i have used Impulse Developments in Stockpot for several other jobs in the past and i am aware of his build on some race engines. with shopping list containing: forged rods, ARP stood kit, a gasket to get it near as poss to standard compression, new piston rings and the head and block skimmed, (i already have forged pistons). a price was agreed saved up and dropped off.

on pull down there was few cracks on the head, with crack finder found many cracks. he gave me a price to repair the head and I decided to go a head with the repair, as i considered buying a second hand head which could cost approx the same as the repair work and there is no guarantees that it it wont come without cracks.

Tl;Dr engine and head fucked here is a build thread. 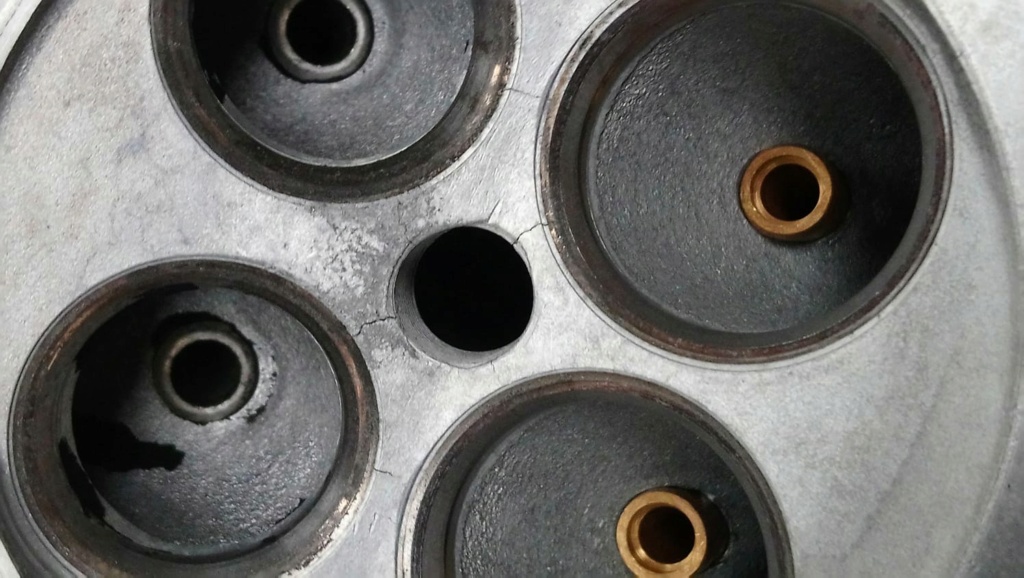 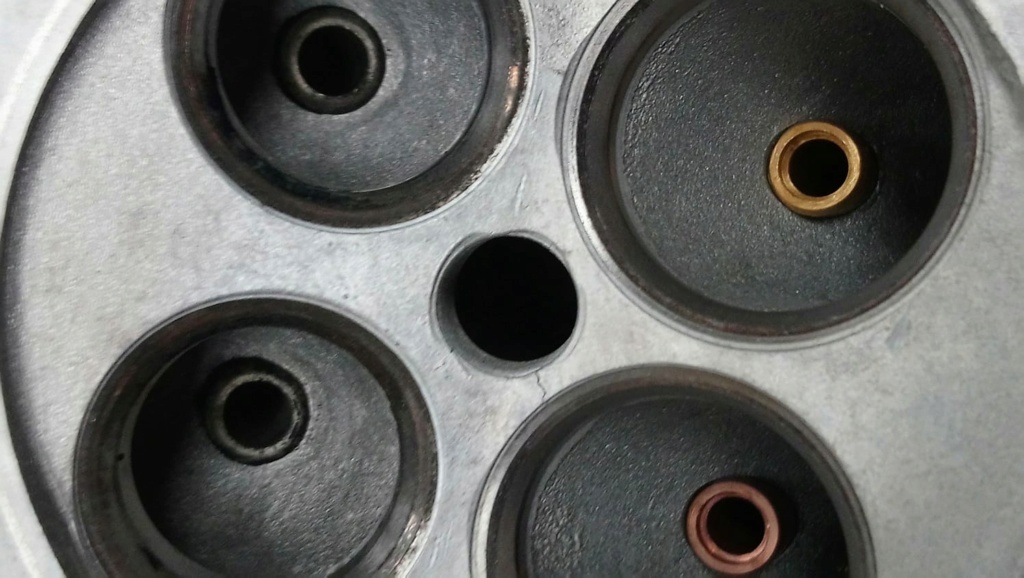 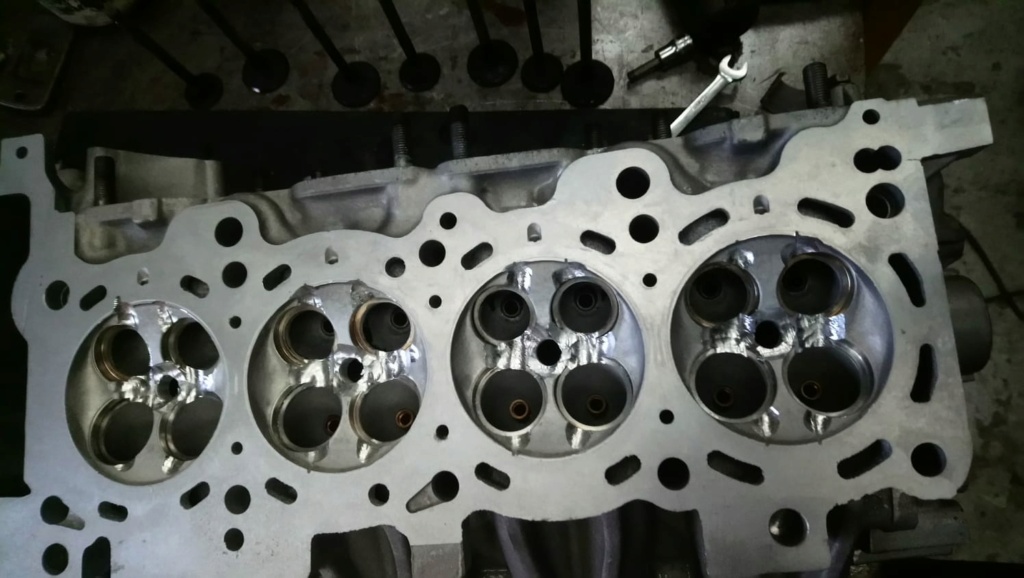 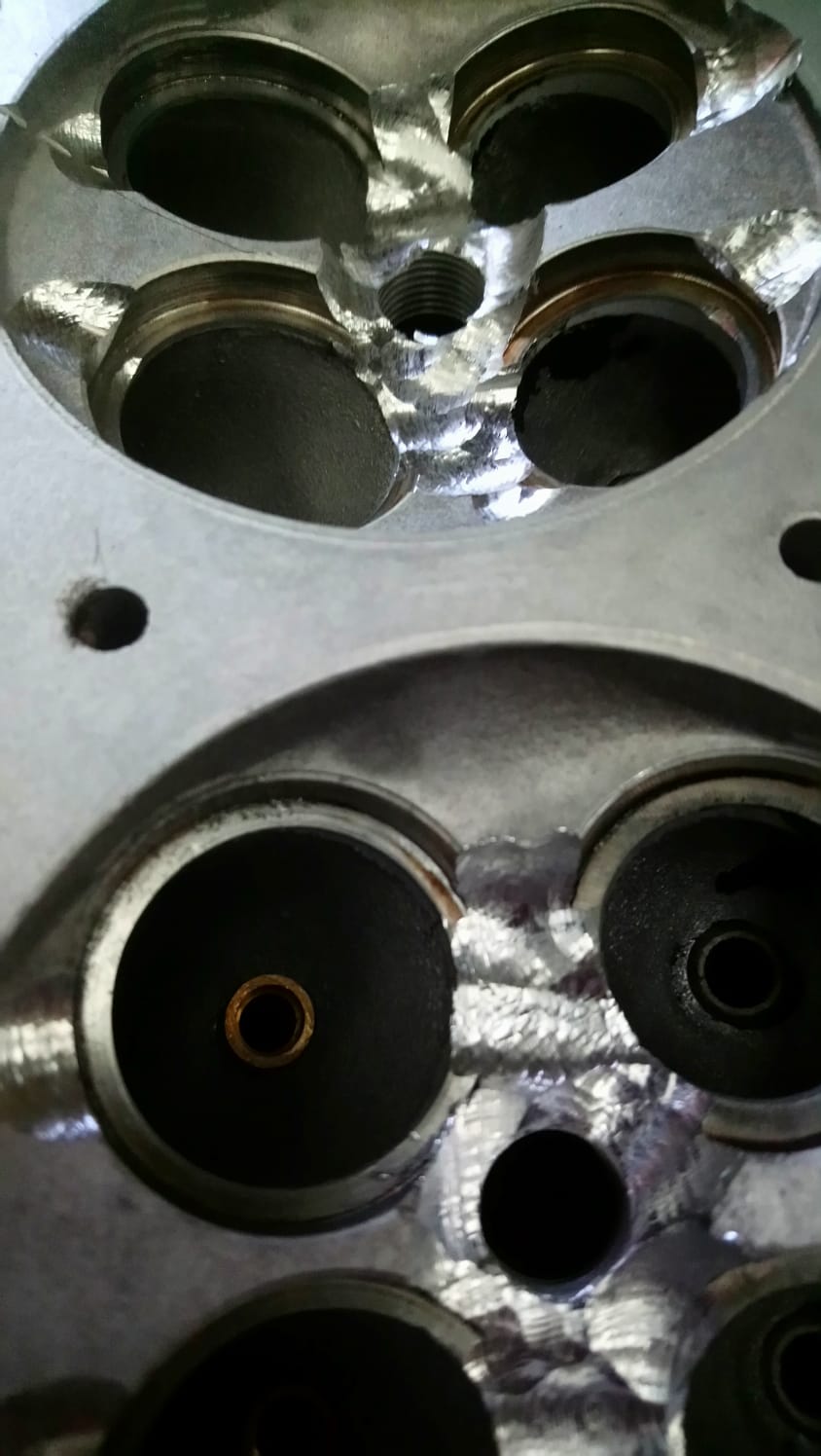 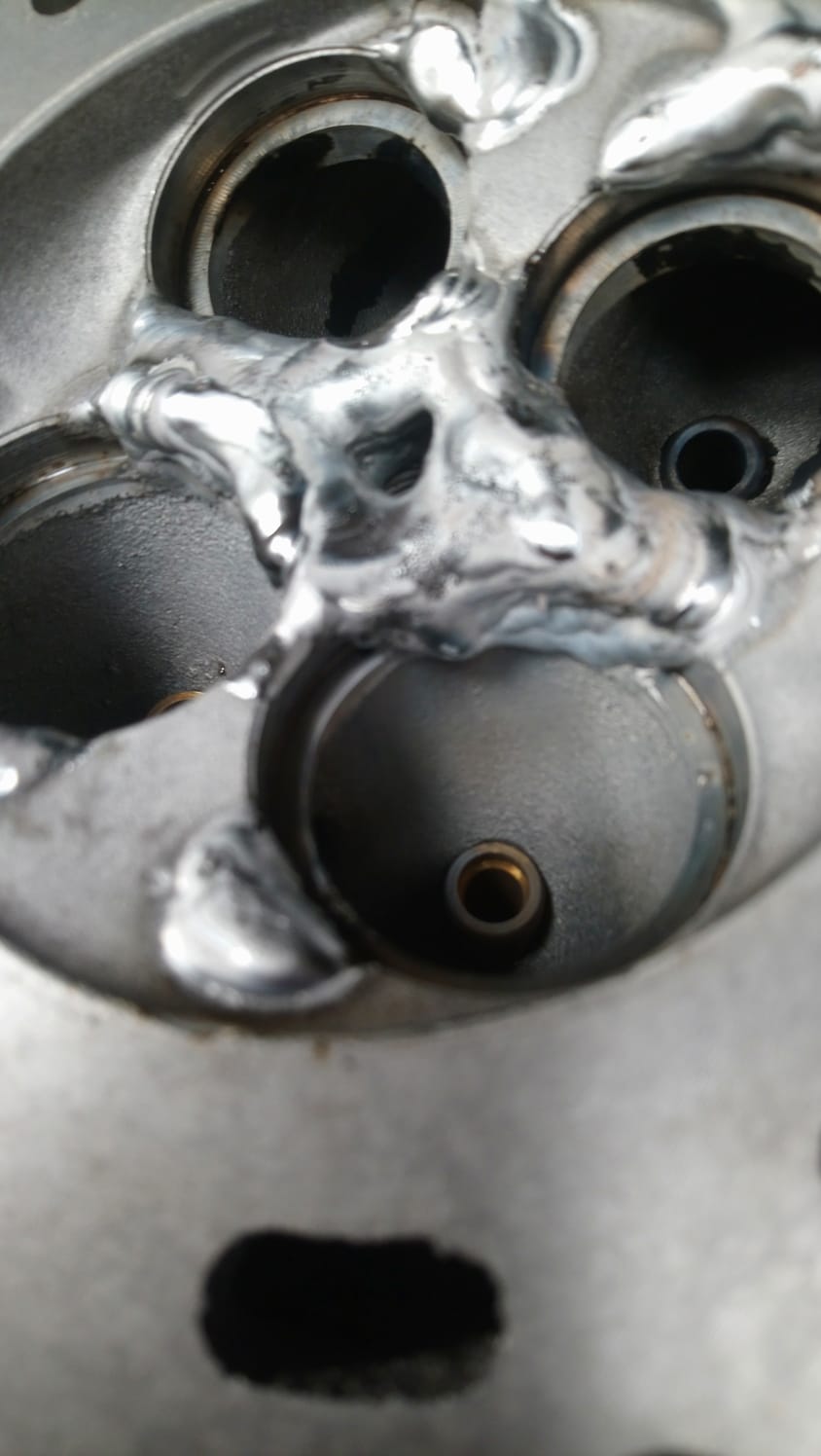 closer view of the drilled out cracks 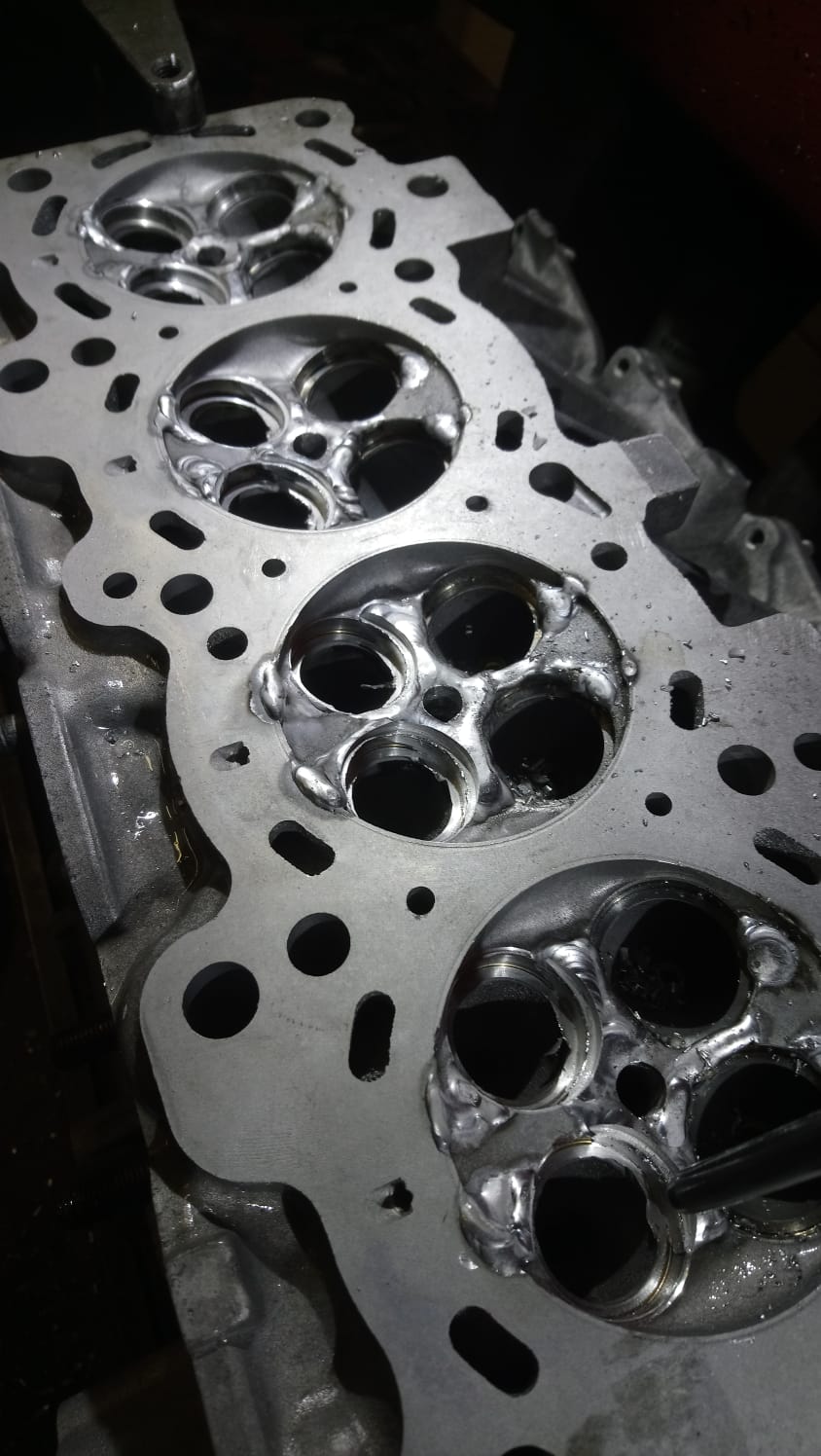 build up with weld and cutting out the valve seats 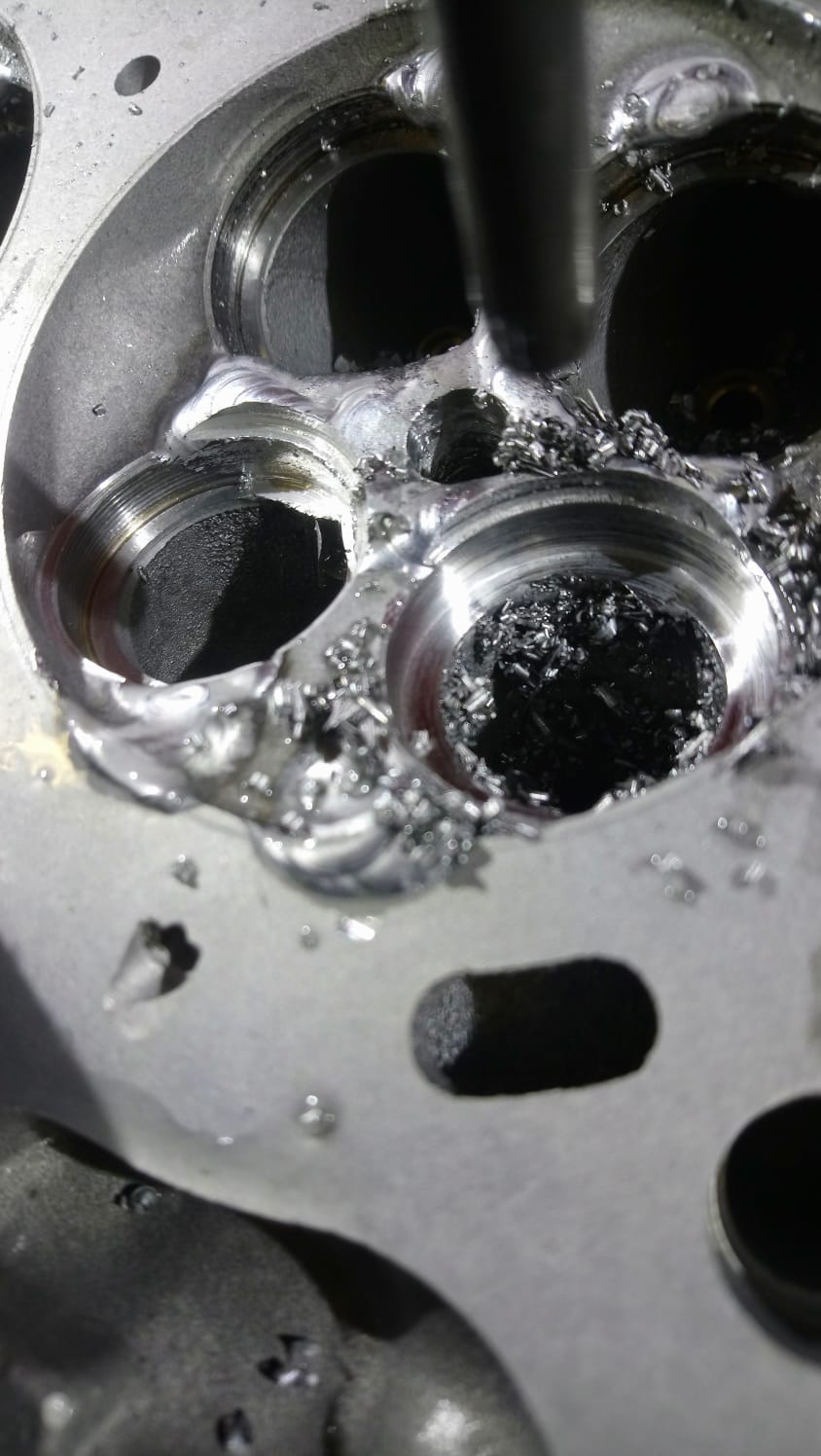 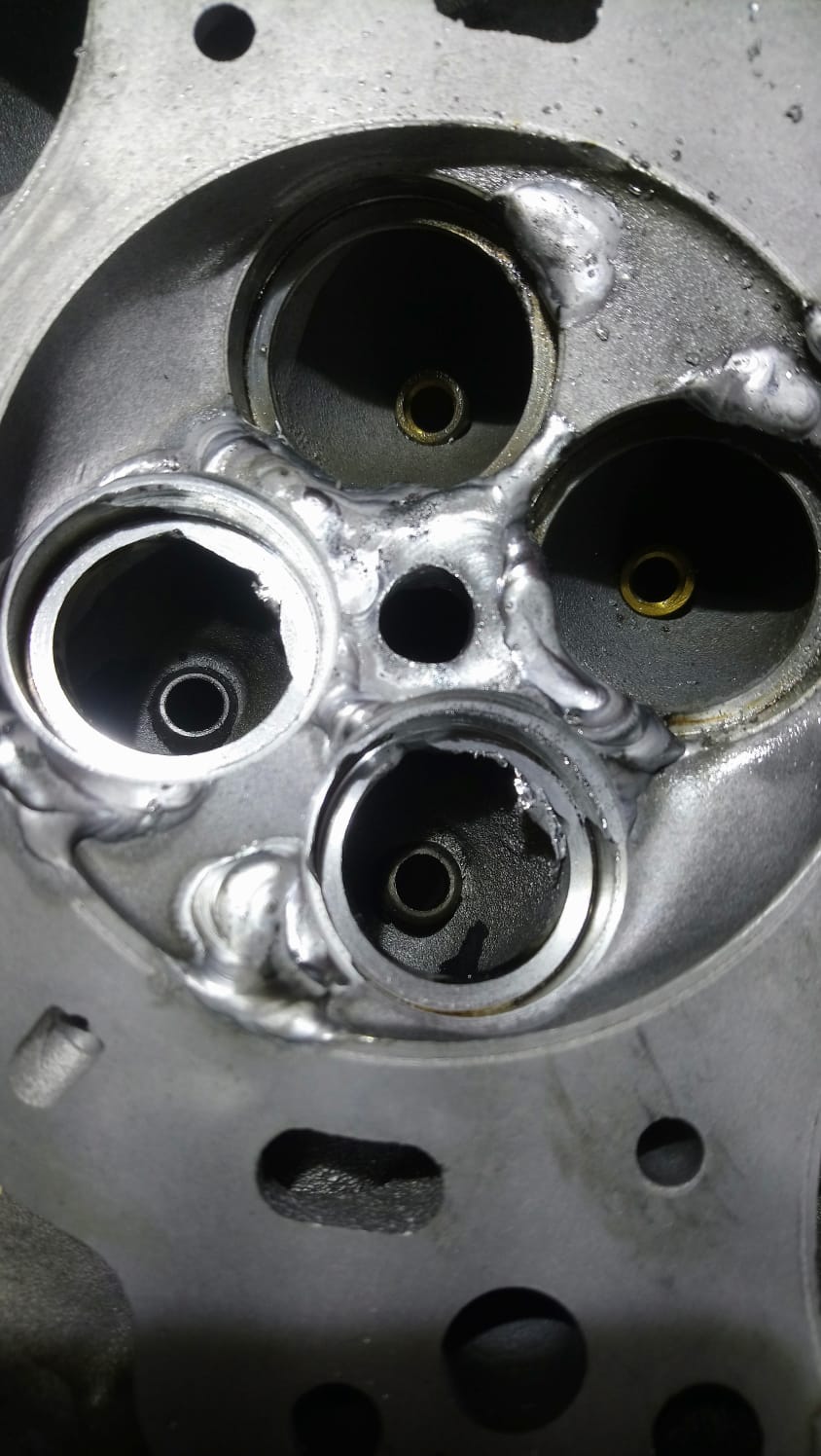 drilling out the seats 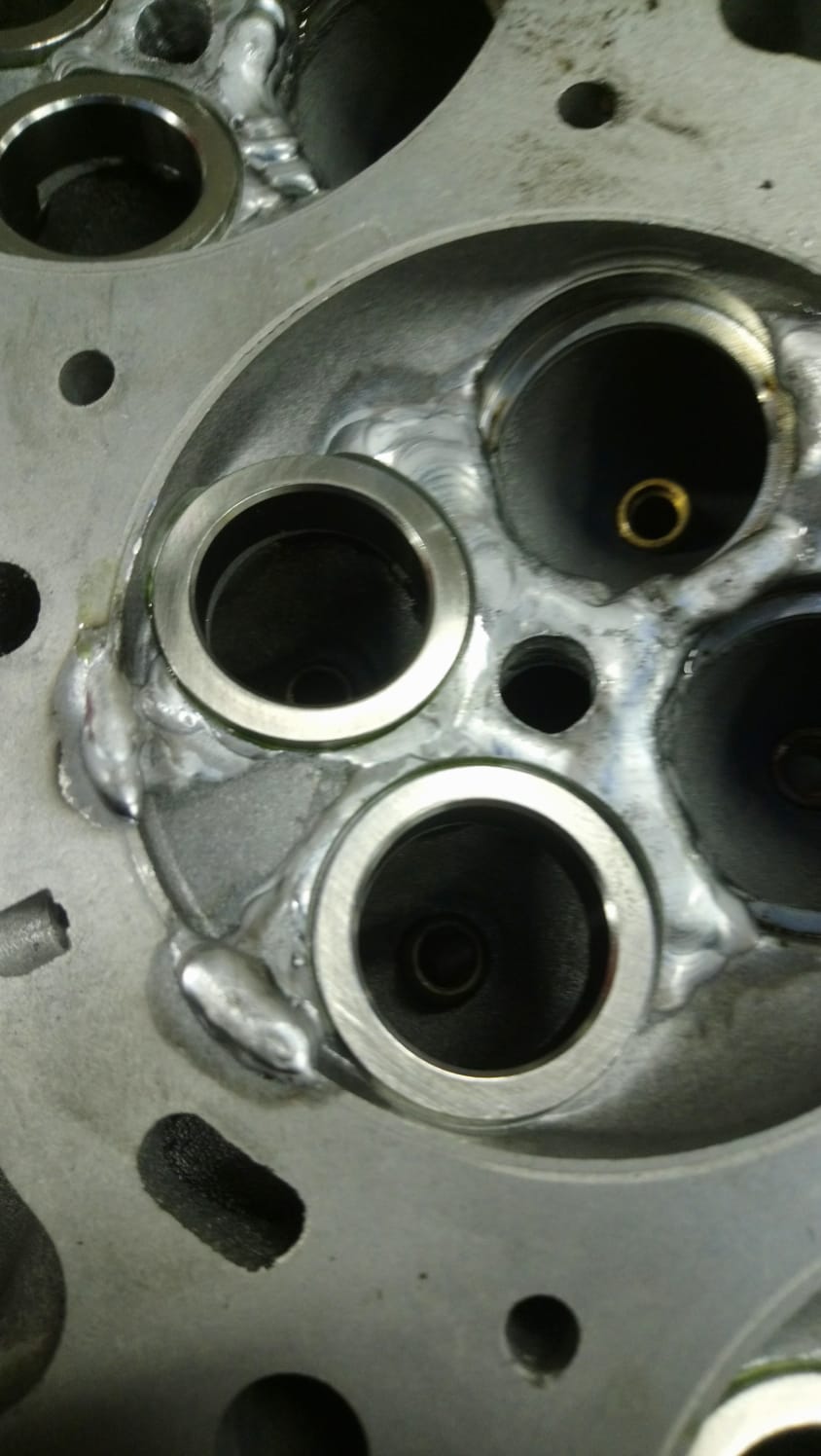 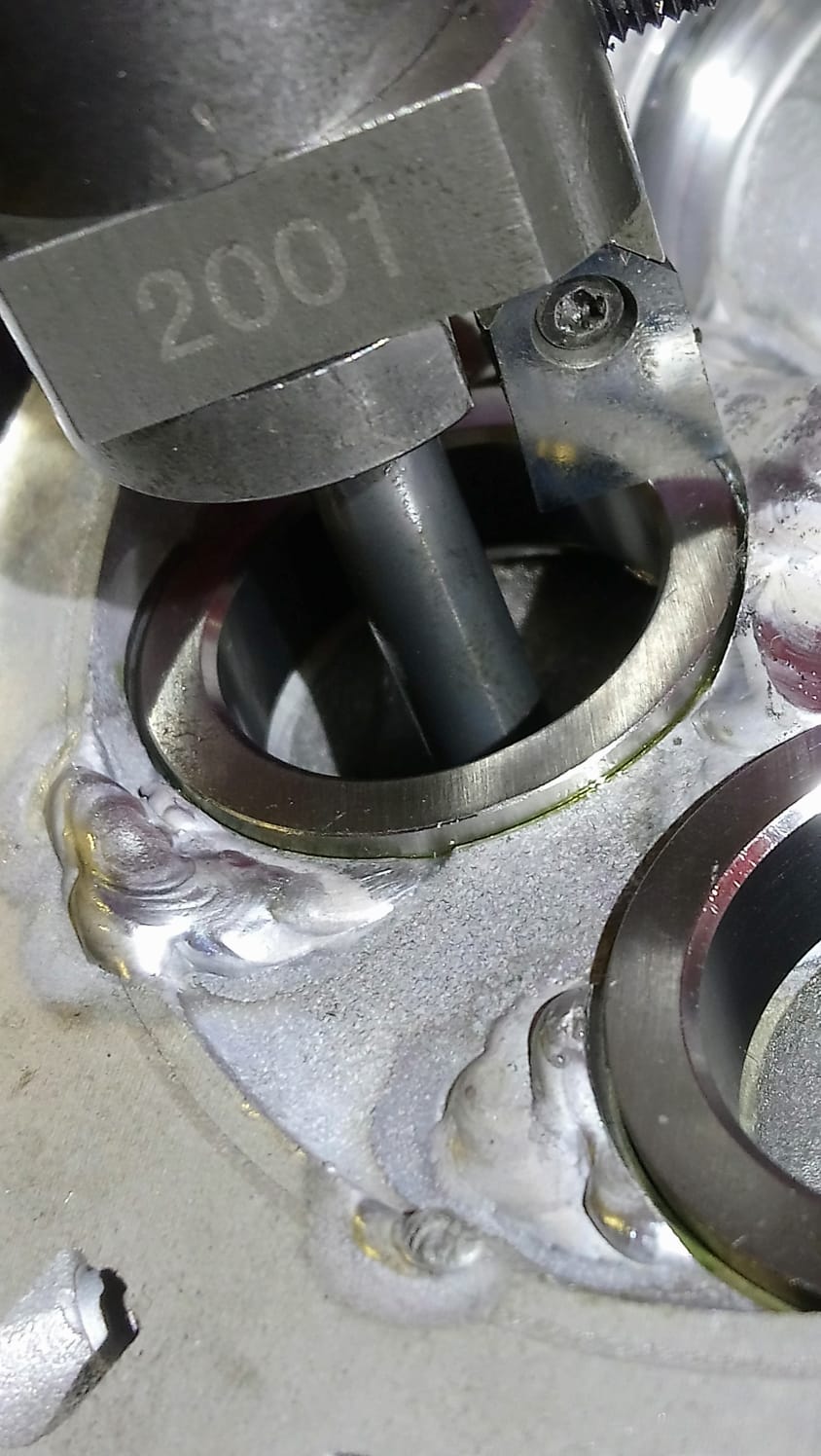 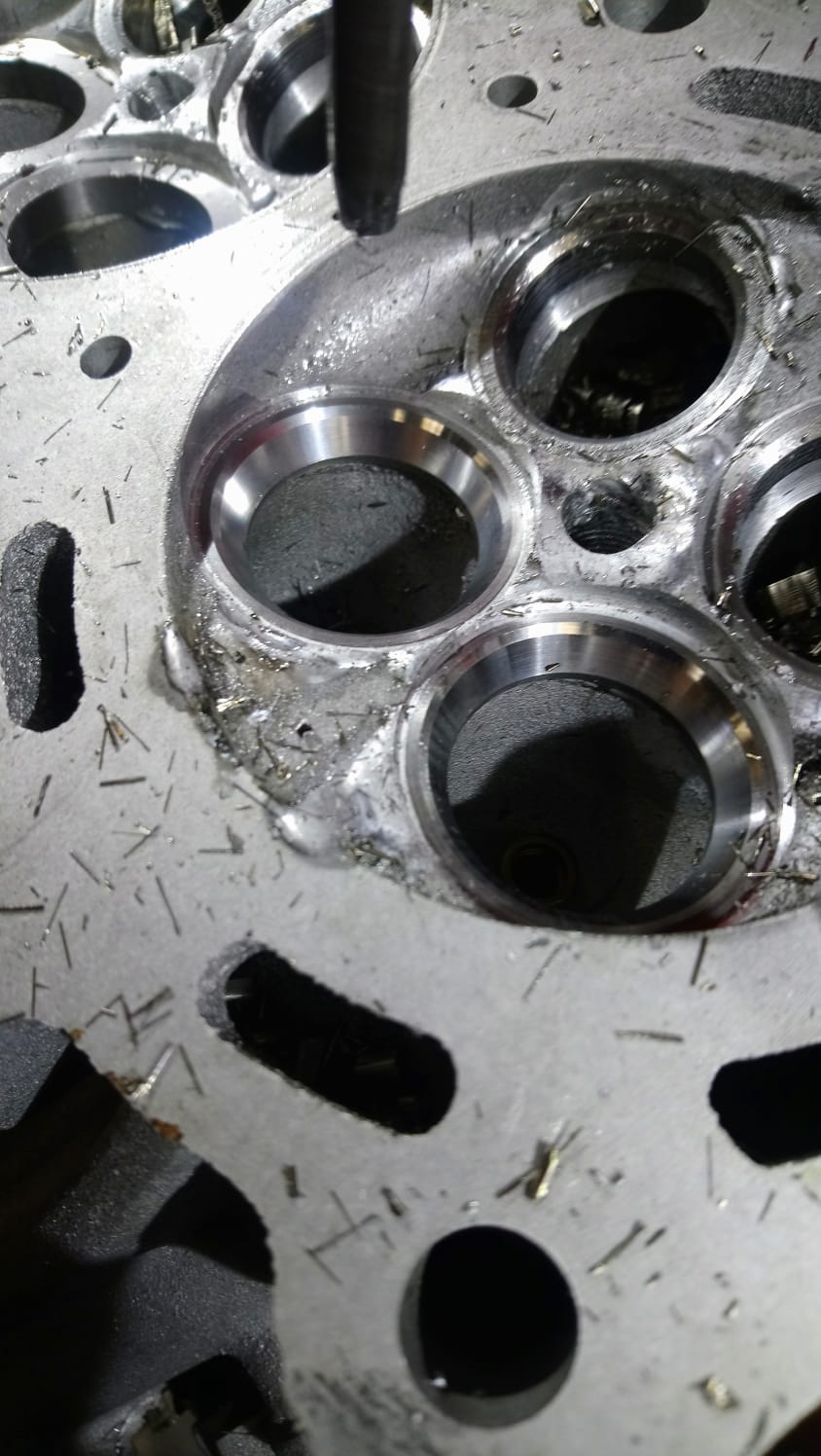 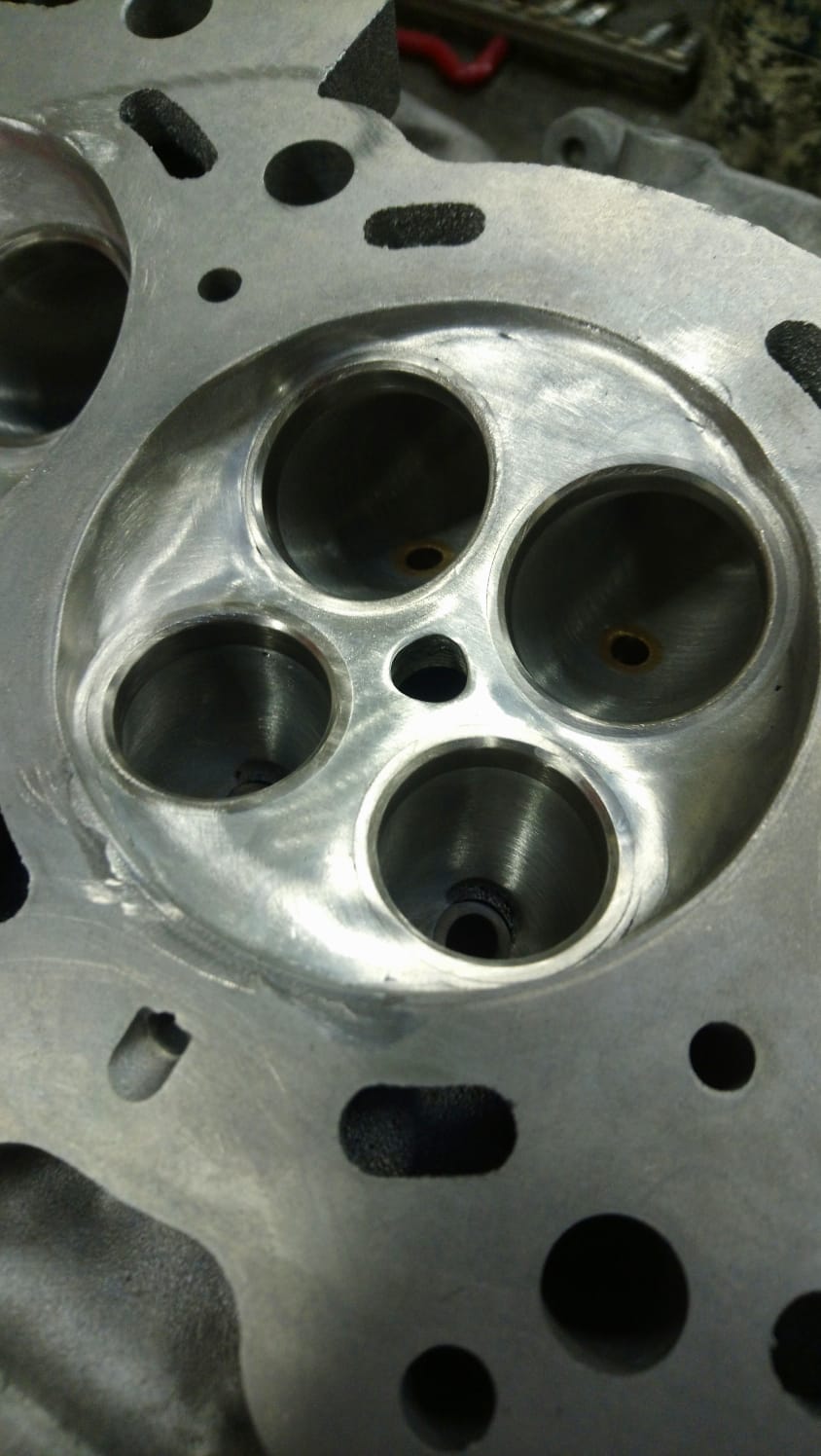 polished head some where near finished, another polish to go. 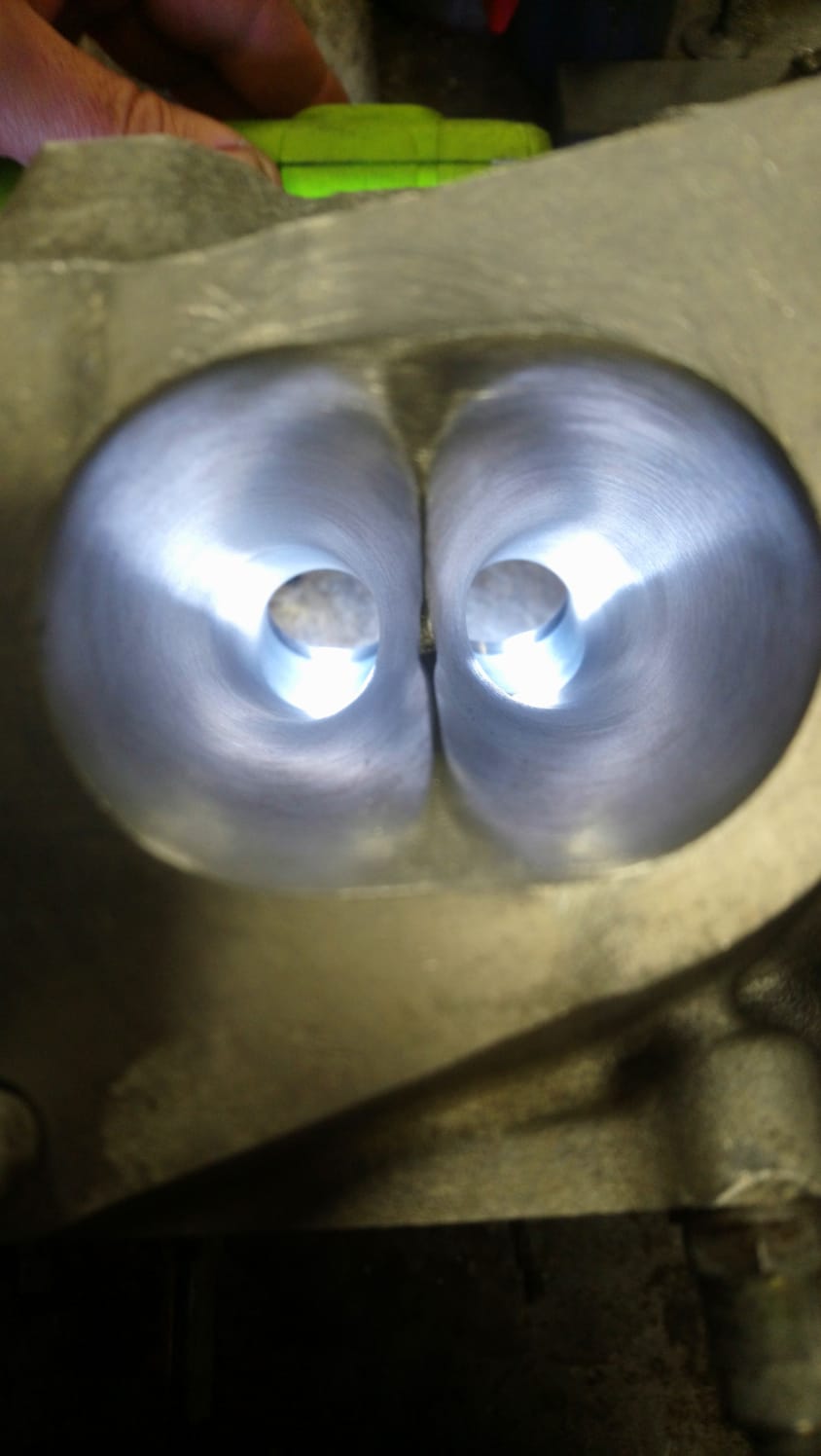 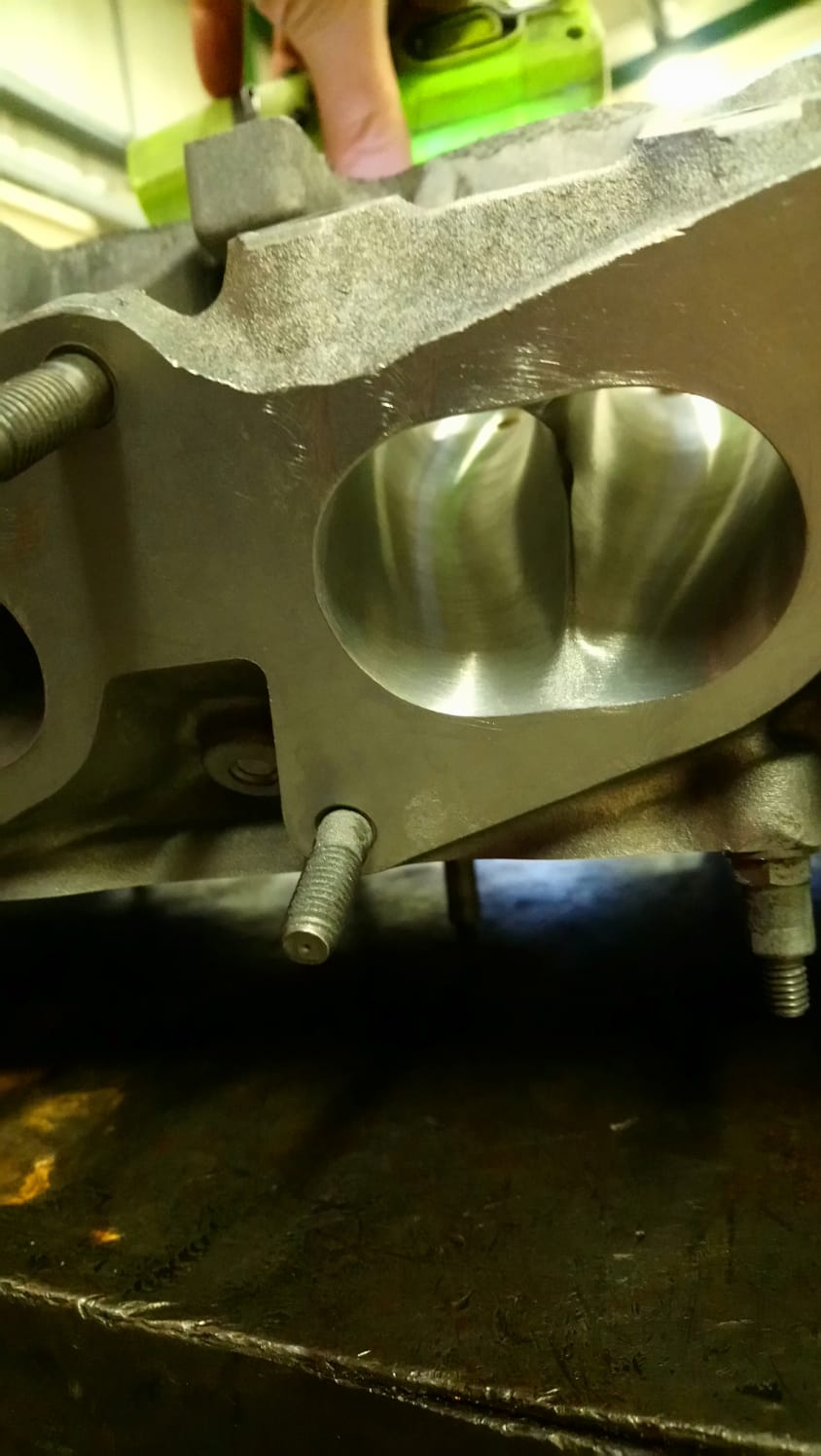 i will keep you updated with more pics as they happen.

Don't skimp on anything when it comes to engine, that includes ancillaries and also transmission, I skimped on a few things and ended up redoing the jobs twice

thanks for your feed back i am already running the quafie set that i fitted new, with a gearbox brace along with the competition clutch, as a matter of routine i had both the gearbox and transfer box stripped down and checked. i dont really see the need for racing cams at this stage as 99% it is driven on the street the rest maybe on a track. my short term goals are to have a better than new engine that i can exploit with some decent mods. hopefully in the not to distant future it can be mid to low 11s.

If chasing increased power then the thermal management is no 1 priority , followed by mechanical strength and then balance and friction .
Mechanical strength reduces with temp and reduces faster the closer you get to melting point of materials where failure is guaranteed.
Oil and water cooling enhancement is the start point ,oil cooler and increased coolant flow and quantity to get stable constants regardless of power developed .
The cylinder head is a focal point for temperature there is a lot of action going on here.