i just wanted to introduce myself since i am a proud owner of a White 1994 GTI-R for about 1 Week now.
I bought the car in Scotland near Edinburgh last weekend.
It was quite a stressfull Trip, we drove around 1500km on that weekend to get the car and made it rigt on time to catch the Ferry back to Rotterdam.
I've been a fan of the Pulsar for years and happy to own one since they are really hard to get.
I had an S14a for several years and since i sold it, i was looking for a Pulsar, i didnt have the time to Check the car completely yet but it seems like it is rust free!
It was imported from japan in 2015 and was undersealed on Import.

My name is Marcel, i'm 33years old, japanese car fan since iam 20 (Started with Honda CRX and Civic) but it changed to Turbocharged cars pretty fast.
I am originally from West Germany (near cologne) but moved 7 months ago to Munich because of work.

maison    (that name was already taken so i added an "e"

Posts : 955
Join date : 2013-06-17
Location : Enfield
Welcome, going to take a wild guess and say you have bought Paul's car.
He never really did properly advertise the car, so wondering how you knew.
It's had paint before but is a lovely car and well looked after.
I would have bought myself if I hadn't already invested in one. 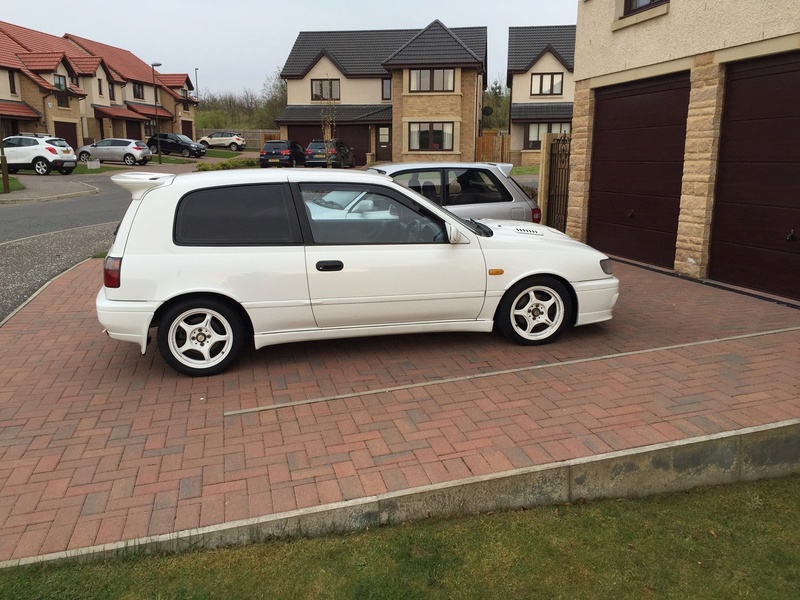 Think thats our old car which we took to the Nissan open day at Donnington a couple years back
If so looks like its had a recent blowover
_________________
GTI-R-US.co.uk
In association with
Torque Of The South Motorsport

@Andy Sunny Gti wrote:Welcome, going to take a wild guess and say you have bought Paul's car.
He never really did properly advertise the car, so wondering how you knew.
It's had paint before but is a lovely car and well looked after.
I would have bought myself if I hadn't already invested in one.

, its Paul's Car.
I found it on Pistonheads in August, after 5 minutes of texting i send him a deposit right away but couldnt manage to pick it up anytime sooner.
He had it imported in 2015 and he barely made any miles on it (around 1200 miles).

The car is pretty much standard. The only "mods" are the 15" Enkei wheels, adjustable Suspension (dont know the Brand yet), Custom exhaust and an uprated TMIC. but i think it already came like that since most of it is already mentioned on the import site (JM imports i think)

As i said, didnt had any time to check out the car yet.

Iam planning to convert it to LHD (please dont hate me

) next year.
About to buy an LHD donor car and check out how much work it is going to be.

I will add the pictures i got from Paul when iam back home.