Is there anyone out there with a gear stick+linkage assembly to hand? I'm after a couple of dimensions to see if I can suss out some alternative bearings for the connection between the bottom of the gear stick itself and the linkage rod that attaches to the box (see attached doodle).
If someone would be so kind to quickly throw a vernier across this I'd be eternally grateful. All being well this should allow me to make this connection into a solid, bearing type connection rather than 'wizards sleeve' bush! (sizes permitting) 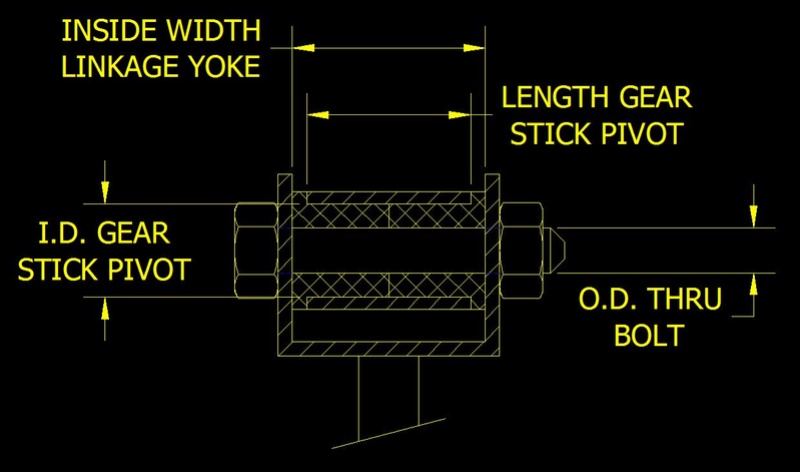 Posts : 753
Join date : 2013-09-24
Age : 46
Location : Aberdeen
Basically what I'm trying to replicate here is what was done in the link below. If I can get the dimensions required, hopefully I'll be able to size up radial ball bearings to replace the plastic top hat bushes on our gear linkages. The bearings mentioned here are £5.89 form RS Components so could work out even cheaper than poly bushes!

Posts : 753
Join date : 2013-09-24
Age : 46
Location : Aberdeen
I finally got round to fitting my super duper bushes to the gear linkage. As it turned out, the rear bush (bottom of the gear stick) was fine, as was the rear most bush on the 'UJ' that fixes to the yoke on the gearbox. It was the very front bush on this 'UJ' that had heaps of play in it.


I ended up buying Nylon top hat bushes that had the correct OD (18mm) but a smaller ID, so I could manually open them out to the correct size.
In hindsight I should have bought 'Oilite' bushes as they would have been easier to file down & adjust than the Nylon was.


You'll need to start with something like this:
https://www.ebay.co.uk/itm/8-nylon-bushes-with-flange-Plastic-Polyamid-Naturcoloured/273635268167?hash=item3fb5eed647

The exact bush you'd need is this 12x18x24x20x4 and open the ID out to 14mm. Then you'll need to file the flange portion so its 2mm thick (you need two bushes for each part of the 'UJ' you're working on). Finally, cut the bush down to approximately 4mm long. When you look inside the original bush, there's a steel tube with what appears to be rubber bonding it to the outer tube. The recess the 14x18x2 part of the bush fits into is a fairly arbitrary figure so if the bush doesn't fit all the way in, you may need to file a little off the end so its sits nicely in. Adjustable pliers help force the new bushes into the 'UJ'. If the assembled 'UJ' doesn't fit into the yoke with firm hand pressure, DO NOT FORCE IT IN. I did to begin with and it made the gearstick tight and it didn't self-centre. A little adjustment to the bush so it fitted better and everything slid together beautifully and wasn't too tight.


Between doing this mod and fitting a new gear linkage stabiliser bush, my gear change has gone from a very imprecise, rubbery feel to something like loading a high powered sniper rifle.


Not a bad result for less than £30 for the stabiliser bush and a packet of these Nylon ones so I'm a happy bunny!


Here's a picture of roughly what you're going to end up with after heaps of filing and swearing: 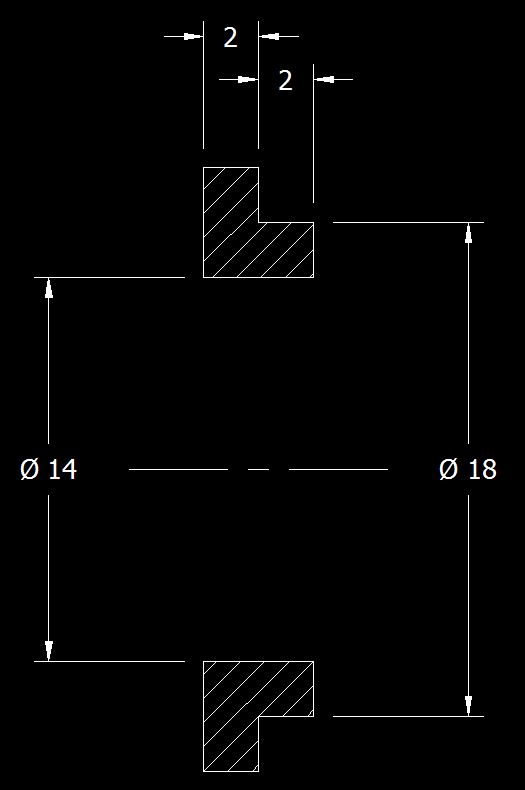 @johnny gtir wrote:You need to make more and sell them for this club mike now your the man with the experience

Feck, we're all doomed in that case! :p

Re: A few dimensions please?