Hey everyone. I did join a while back but havnt had alot of time to post much.This is my first jap car and I did start a thread about it on another website but basically this is what ive been up to...

the night I brought it home after buying it 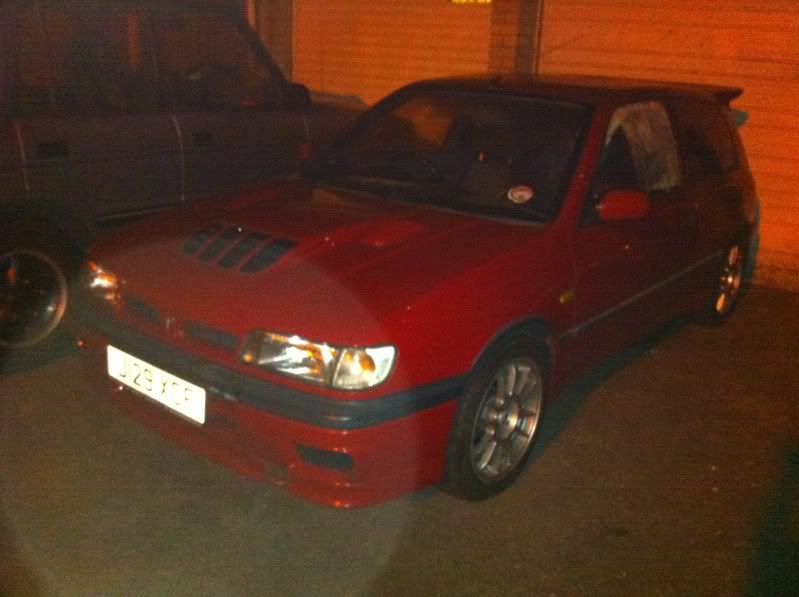 All smiles until this happened the very next day 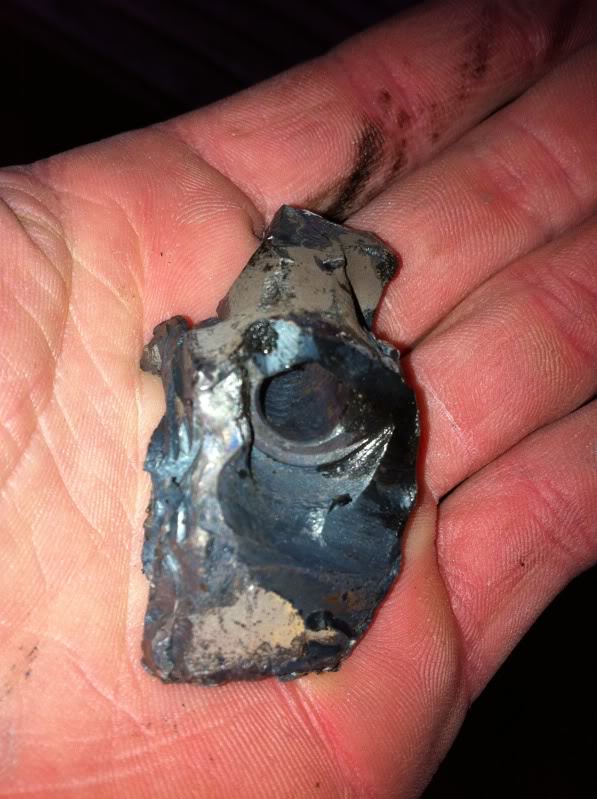 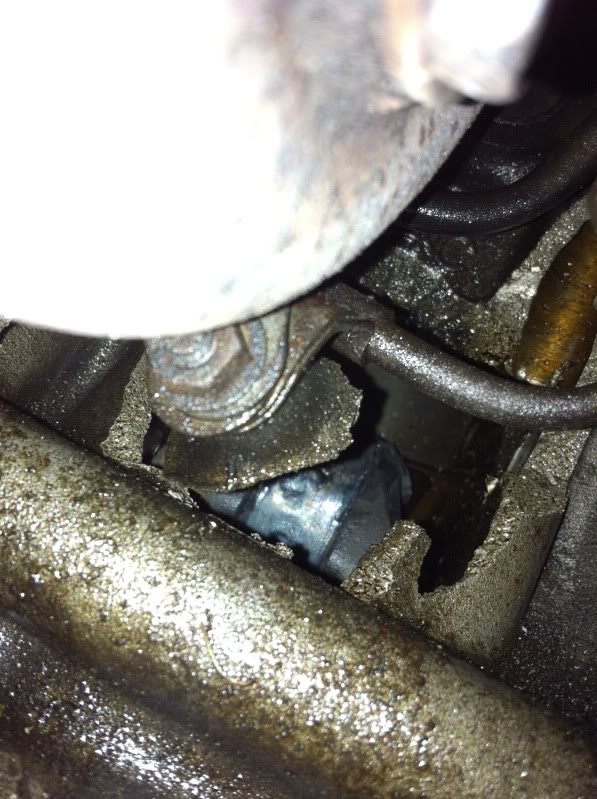 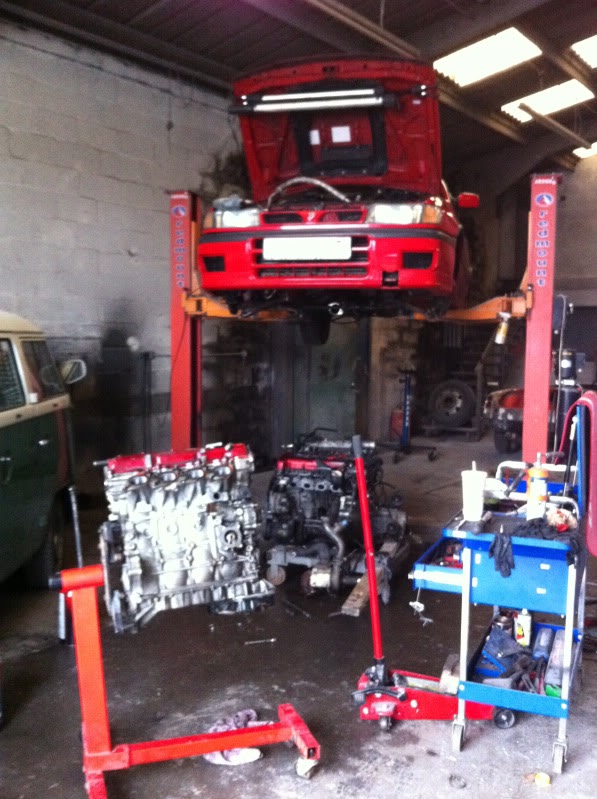 a better look at the damage 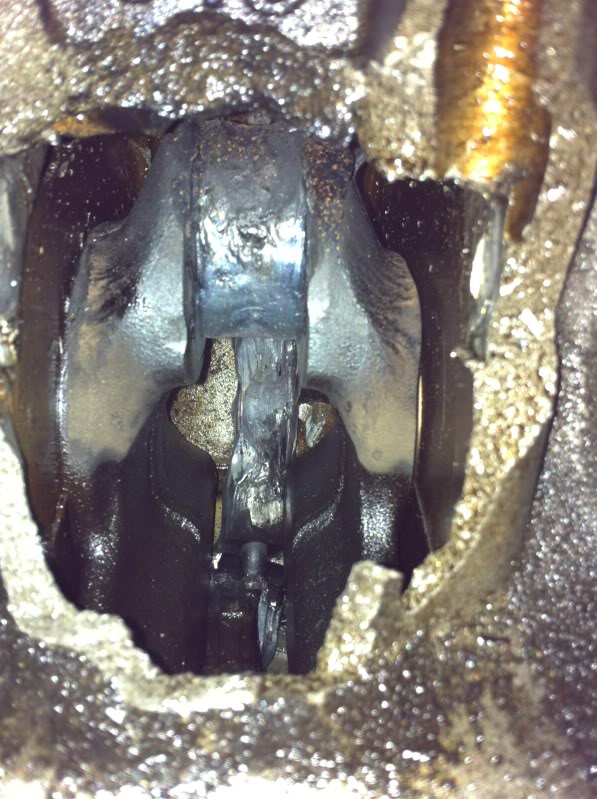 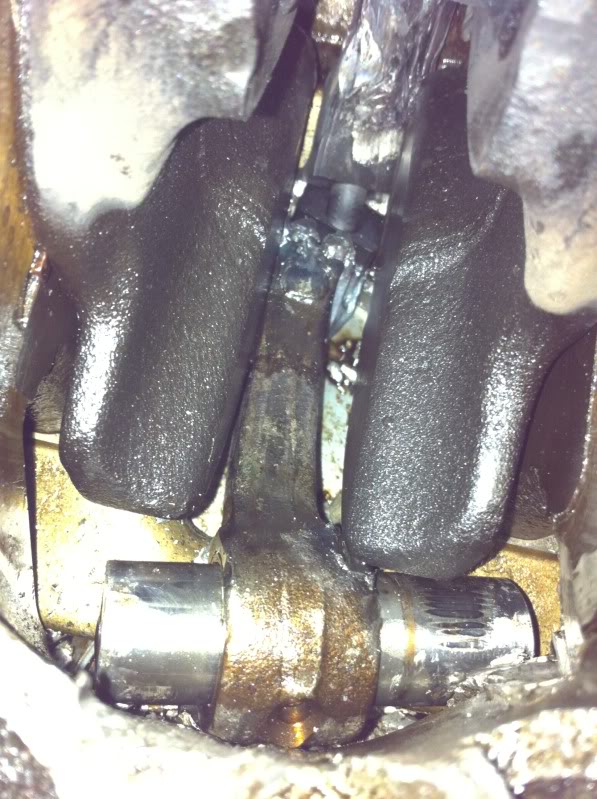 the con rod broke off the big end and also ripped the small end off the piston leaving it jammed in the head and the rod bent like a banana in the sump, which didn't really leave many salvageable parts
I then took a trip over to Bobs to pick up a new engine (really appreciate all the help and advice.)But obviously with the way my luck had gone so far something else was certain to come up and it turns out the turbo was also surplus to requirements so I also had to source a replacement one 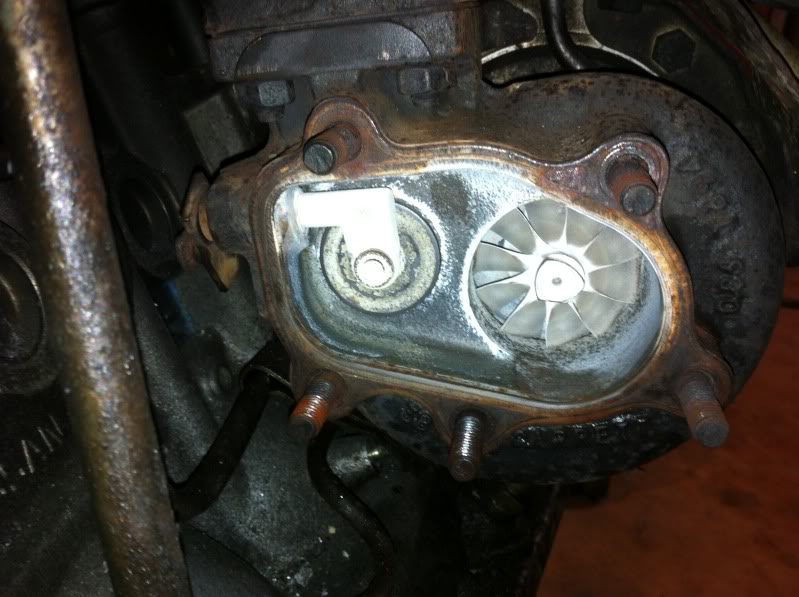 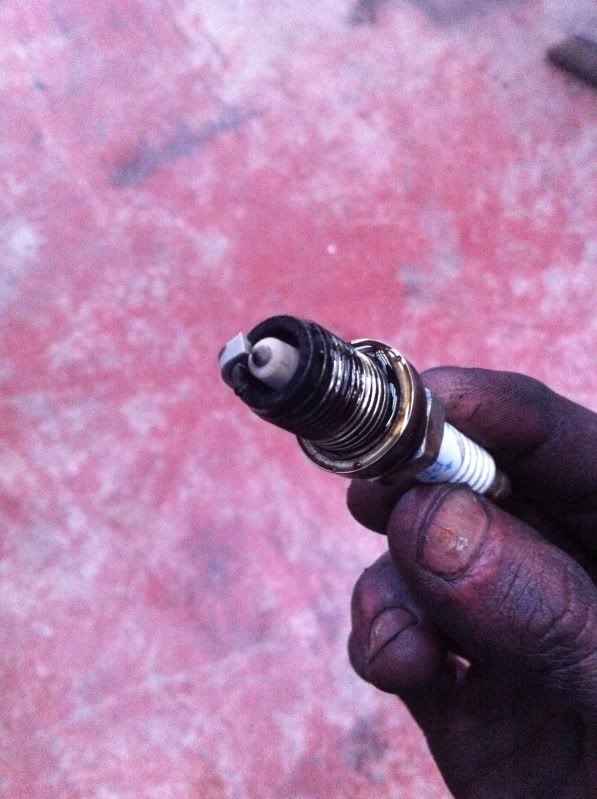 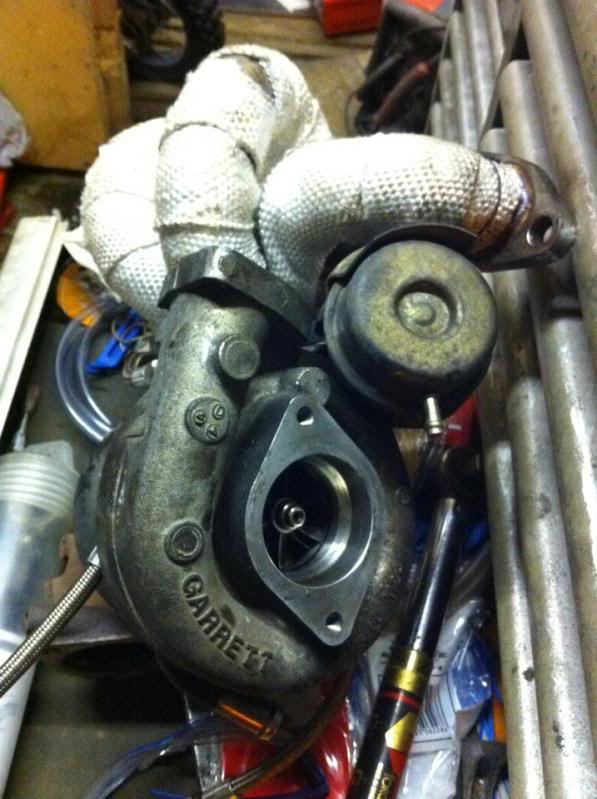 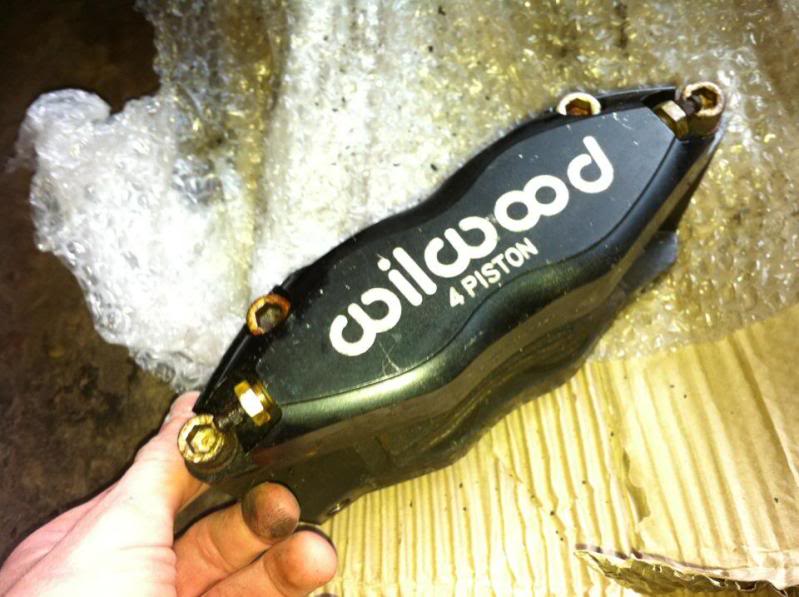 got it all back together over a few days and it started first turn of the key!!! was so happy but did have a few vacuum issues and it wouldn't idle properly, but at least it ran again. The car had never had paint except for one front wing and the front bumper and the 20 yr old paint was looking pretty shabby so I decided to treat her to a respray to try and get it looking its best again. 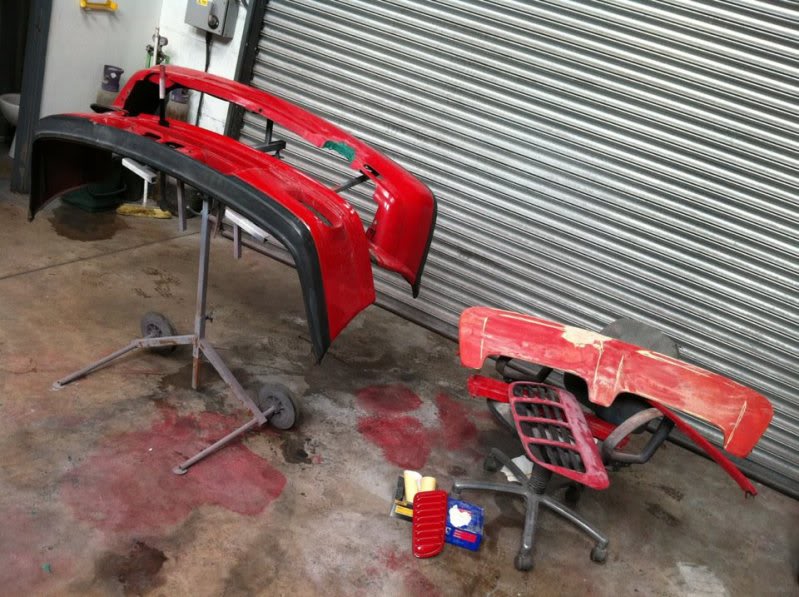 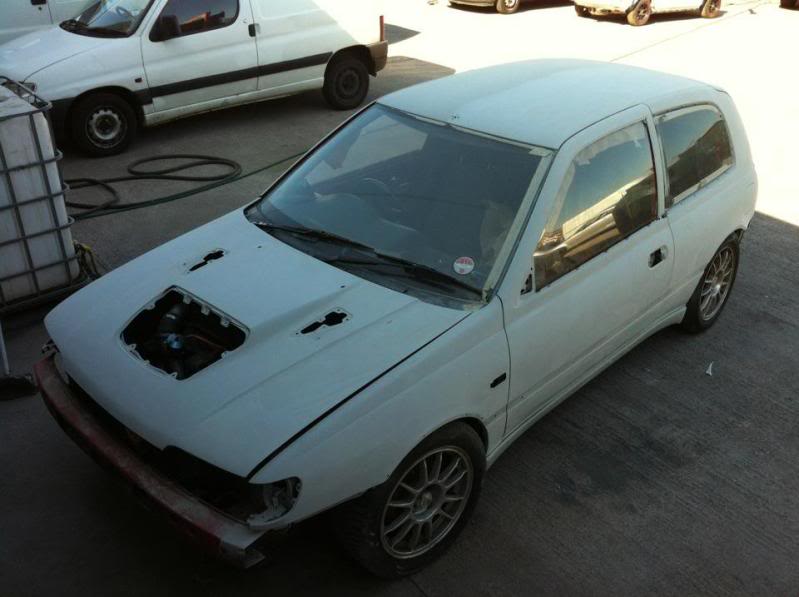 Really happy with the condition of the shell. Only one little bit of rust by one of the rear arches and when I got it up on the ramp the underneath is like new. Unfortunately this is how the car stayed for a while due to other commitments but it was all worth it because ive had a few free days recently and now she's looking like this 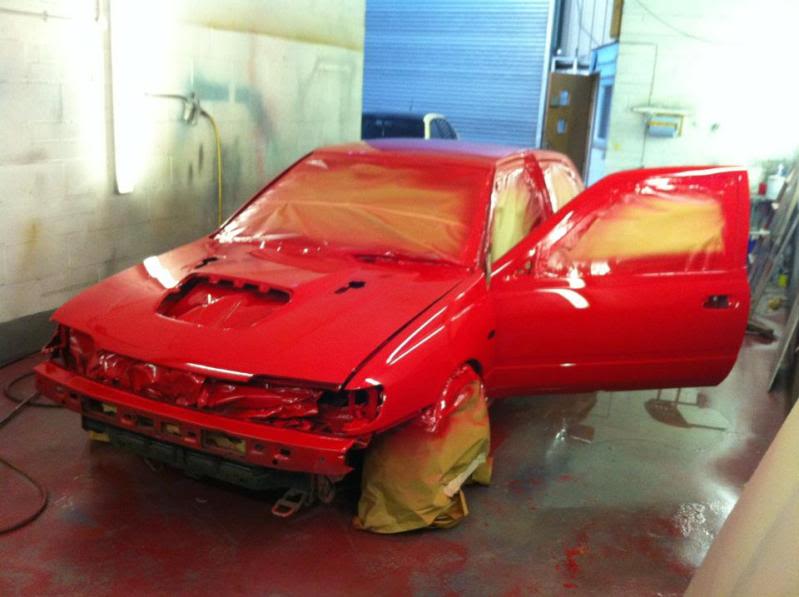 In the end I decided on trusty old A14 red just to keep it OEM and fresh looking. Not to sure weather the bumpers look good colour coded but I didn't have much choice because the black strips were in pretty bad condition, definitely glad I kept everything else plastic and didn't go ahead with painting the roof and bonnet black. 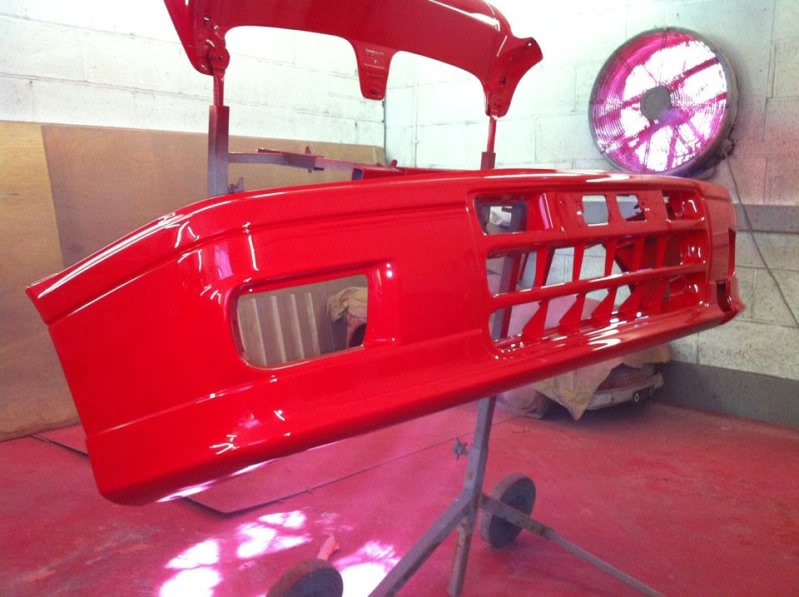 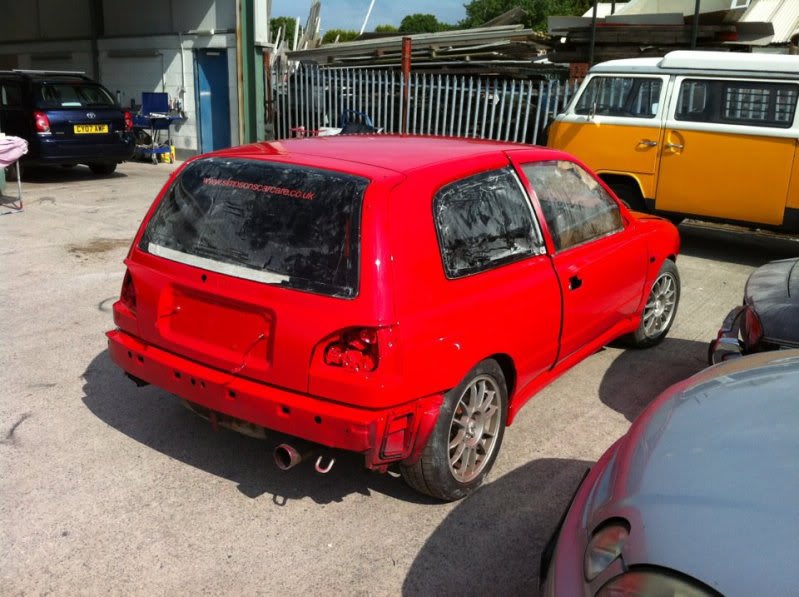 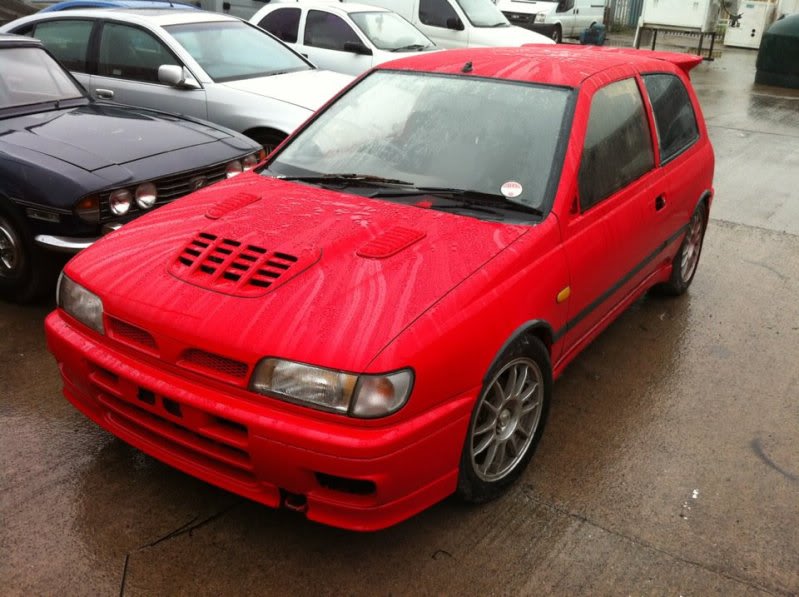 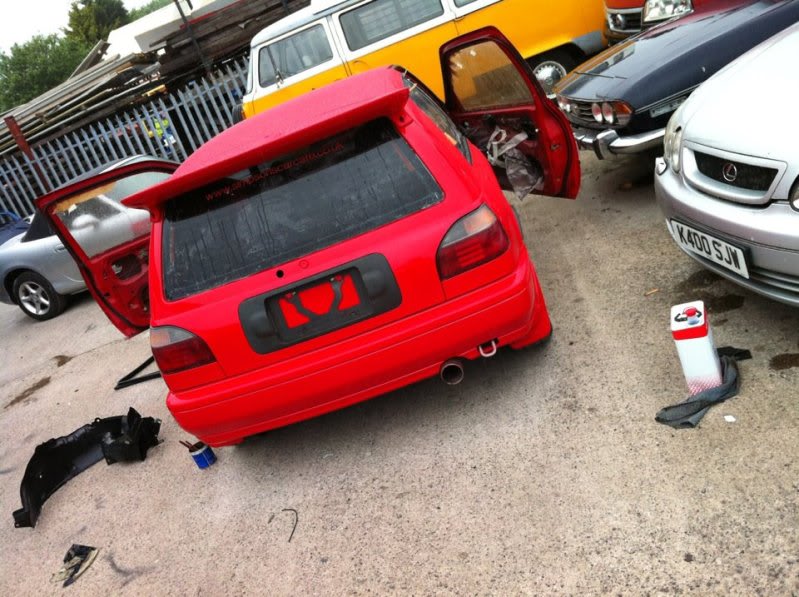 and that's pretty much as far as ive got till now. Few little things I need to sort out before she goes on the rollers, turbo oil line leak, new alternator nut, unseize rear calliper, fit new boost gauge and controller and all new vacuum lines, colour sand and polish, get new wheels and tyres and then its USABLE! Feels so good to actually see some progress.

Stunning mate, it's so nice this website seems to be full or restorations! Car is a credit to you, especially in red! Did you paint it the standard colour again?
Also are they Oz superleggeras I spy on your car

what are you Gunna do with them when you get new wheels?

Very nice thread glad to see its mostly all done after a few battles . out of intrest how much paint did you use as im near to spraying mine myself ?

I spent ages trying to find a nice red and in the end decided on the stock A14 it came in from new. I have to say it looks really nice, totally different to the 20 yr old paint that was on it. I used every last drop of 2.5 ltrs of paint which was a 3 to 1 mix. I painted everything including the door shuts but ran out before I could do the mirrors so I'll have to get a bit more for those and I didn't do the engine bay. They are superleggeras I'm not sure weather I should paint them white and keep them, I think its the big balloon tyres that put me off them. Might look a bit better with lower profile tyres. TBH I could do with a bit of advice on wheels the ones on it are 16" which should sit nice with the smaller tyres but I was thinking of getting 15" on it and winding the coil overs down a bit more but am unsure if they'll look to small in the arches???

That will transform the overall look no end!

. Agree with above both the bump strip's and wheels comments but please paint the bumper one black again not the ones on the car red. everyone to there own choice but on a R colour coded bump strips spoil them on 95% of cars in my opinion

Yea the bumper strips weren't great that's why I painted them. I'll probably paint them and all the other plastic bits gloss black or something when its all finished. But apart from that today couldnt have gone any better. Fixed a dodgy connection on the fuel pump and found where the spare vacuum pipe I was left with after changing th eninge is supposed to go. ON THE GEARBOX!!!! 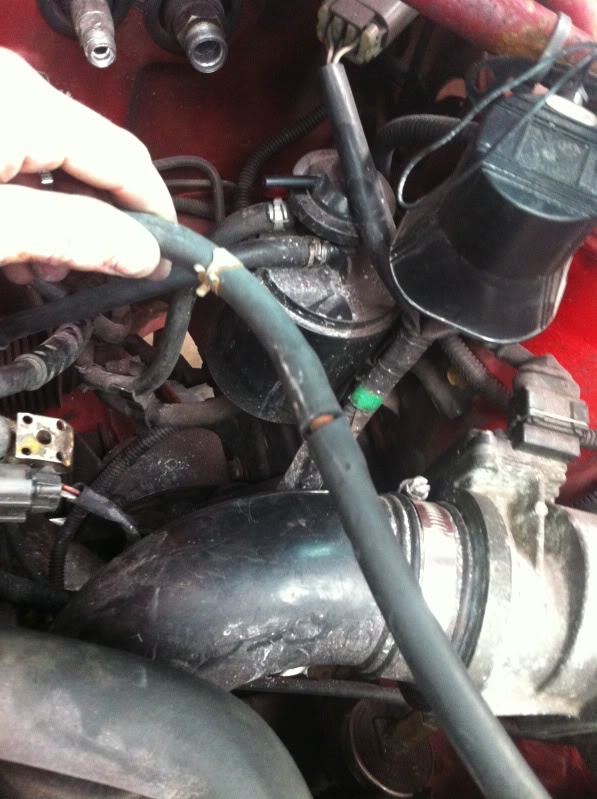 it had been taken off by previous owner because he was so clever he decided to take it off, extend it by jamming a bit of copper pipe in it and bodging some electronic boost controller to it with the boost cranked up to the max which explains what happened to my old engine. 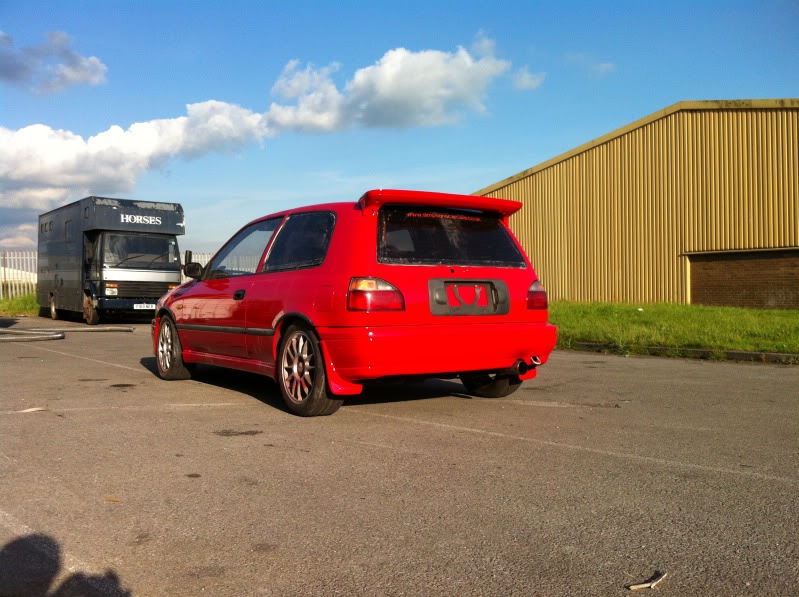 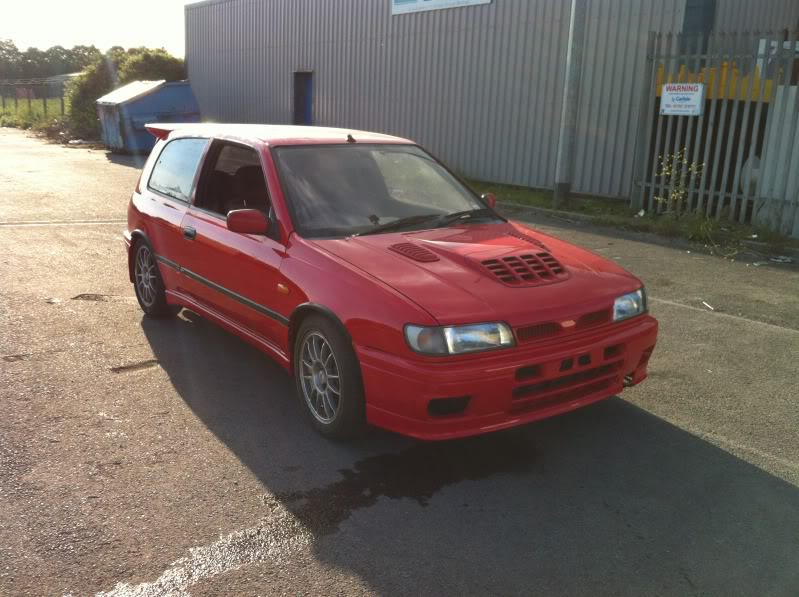 sorry to keep going on but im really really happy with hows its coming along I cant stop smiling. Its been so much hard work, long nights and head stress but after hearing it run spot on today makes it all worth it

Its nice to hear one is actually working fine lol one of the best looking pulsars ive seen in a while ...... great work

Fixed a dodgy connection on the fuel pump and found where the spare vacuum pipe I was left with after changing th eninge is supposed to go. ON THE GEARBOX!!!!

but......that vacuum pipe does not go to the gearbox so remove it and blank it before you suck all the gearbox oil into your inlet lol
the gearbox breather pipe has a loop on the end and does not go anywhere it just stands up in the engine bay.

i would not use gloss over the bits that should be black, get a satin black aerosol, mask those bits and spray them satin which will give as near a natural unmolested look as possible

other than that really good job youve done there

thanks everyone, ill try and sort it all out tomorrow. still having a bit of trouble sourcing engine oil and new pads for the wilwoods any ideas?

is this the stuff i need?

off with the wheels 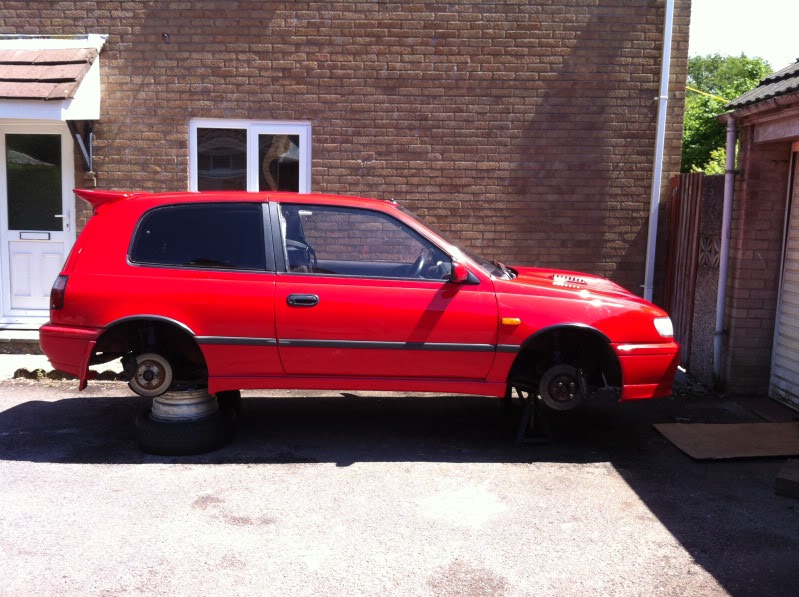 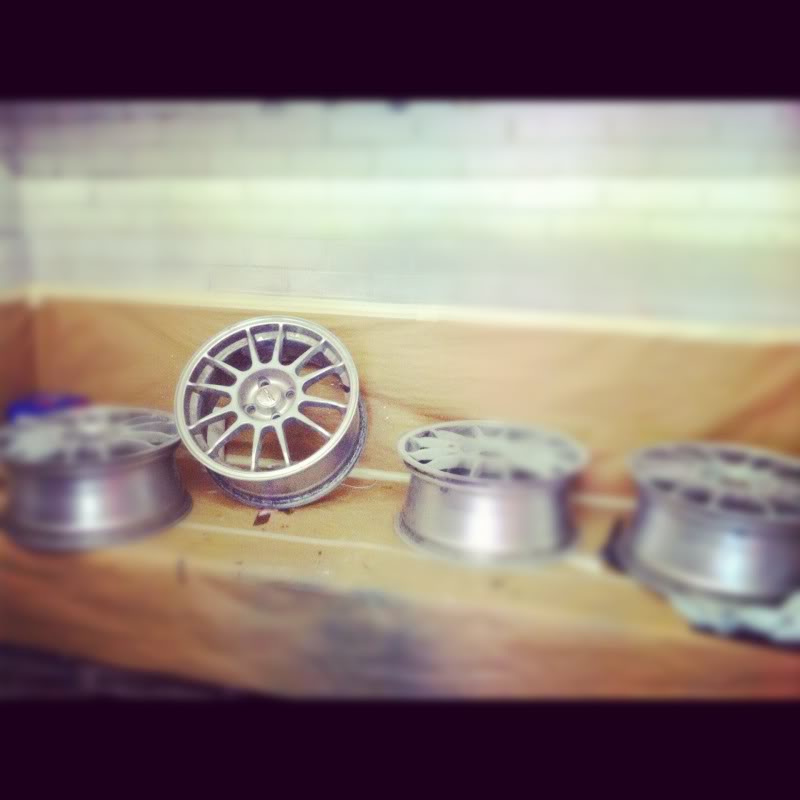 after hrs and hrs of mind numbing sanding some etch primer 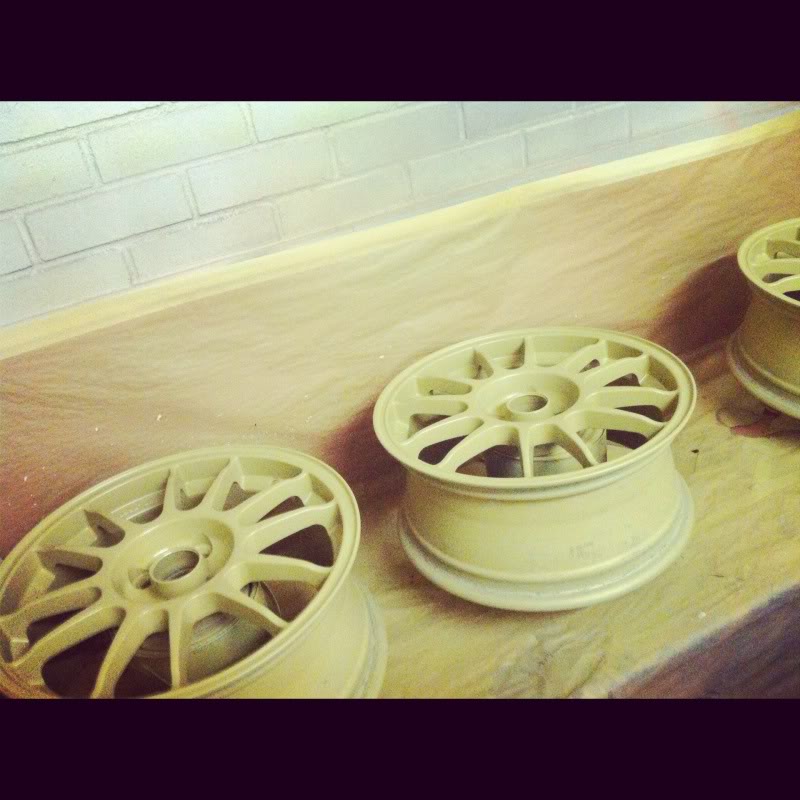 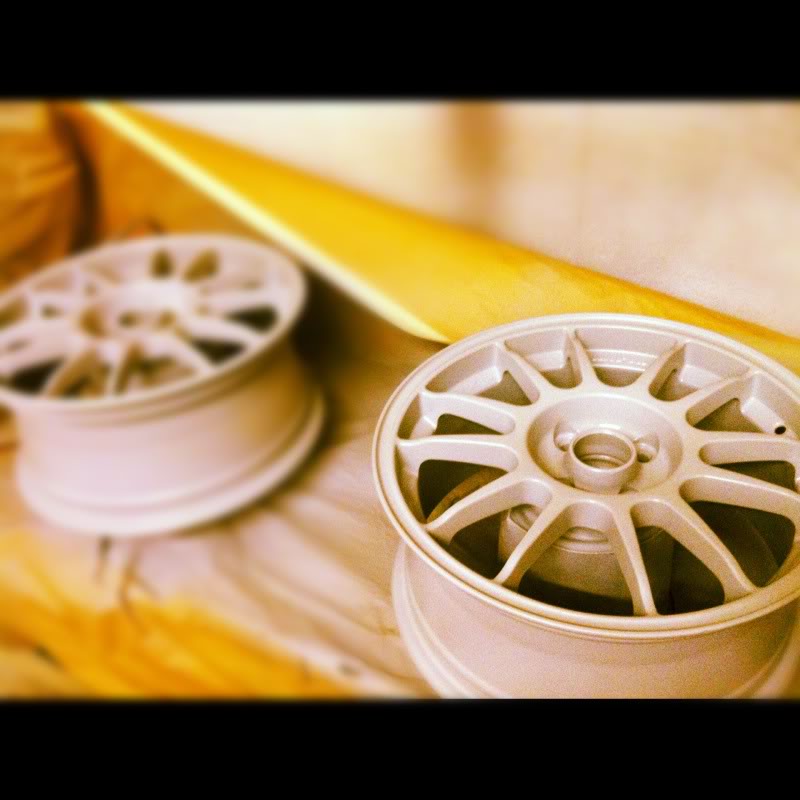 and that's as far as I got with the wheels will hopefully sand them down and get some ford frozen white on them tomorrow.
Also started taking all the old bits off ready to fit the fmic. There are one of these breathers on each throttle body. Are they all meant to be T'd together and then fitted to the dump valve? Previous owner only fitted the one vacuum pipe to the dump valve currently on the car. 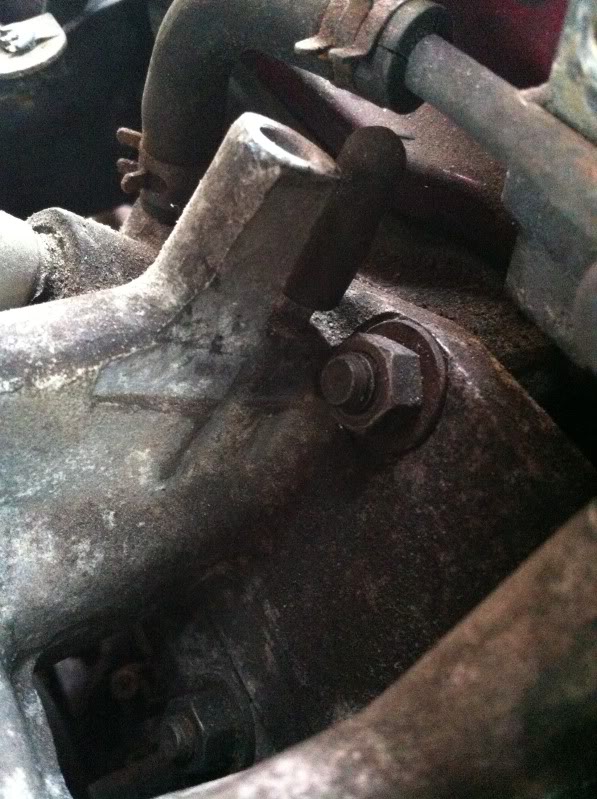 I know its fed from the one behind but I thought they were all meant to be connected together? The only reason I even thought about it is because of this video.......
https://www.youtube.com/watch?v=En91CuhPqjI

I have seen it done that way as the last one I bought was like that. It also had a lot of other vacuum pipes blocked or removed and didn't run very well. I didn't bother to try and find the problem I just put it back to standard and it worked OK so I don't know what the advantages or otherwise are supposed to be. 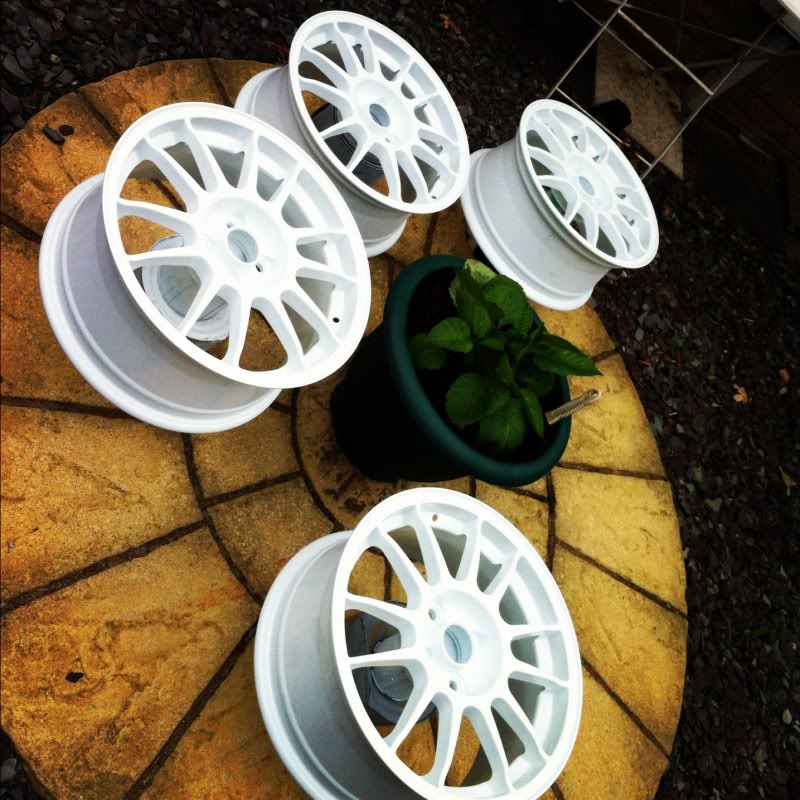 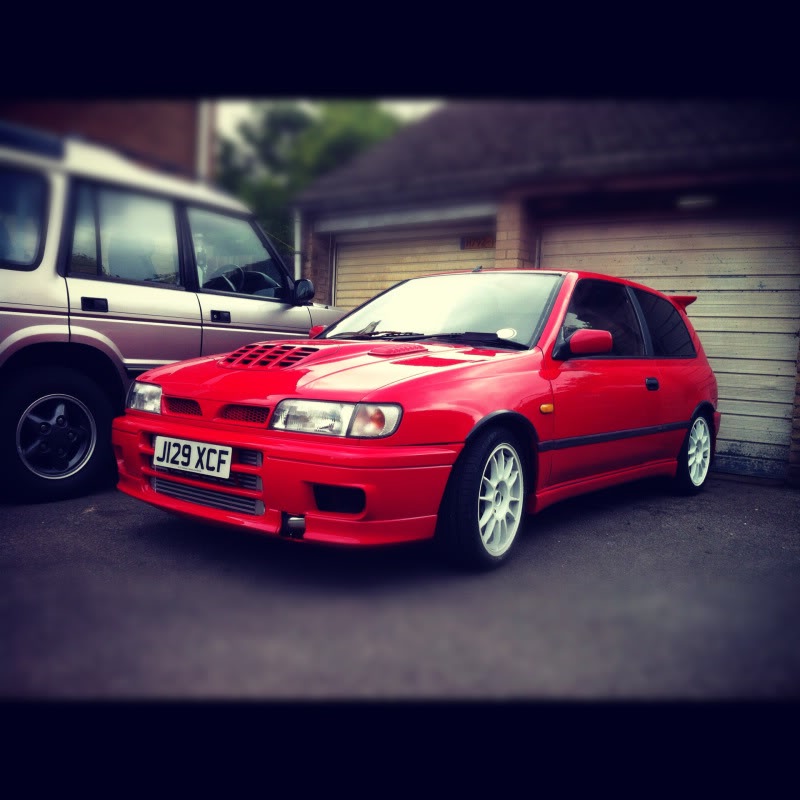 glad I went with the white and not the black now

looks fantastic mate, i think a laguna splitter would look lovely, and break up the front a bit