As in title need one for my project anyone got out for sale or a good example measurements so I can knock one up ?

Guest
Try eBay all the unwanted Xmas presents will be on

mr burrows done a nice one so he may have some measures & advise .

Err, I did have one scrapped it two weeks ago

I bent a few pieces when getting the car off, I was going to weigh it in but at 5p a kilo I couldn't be arsed with the hassle for around a £1. So dumped it at my local tip.

You can pick up a universal one for a few hundred quid, think a lad I know has an Evo 8 on one at the moment, cost him £250 I'll ask him tomorrow.

It cost me around a £100 to make, oh and two supermarket trolleys for the wheels.

I used 60 X 60mm box 3mm thick for the main frame with 10mm plate for the gussets.  Top pivot was 60mm tube 5mm thick internal tube 50mm tube again 5mm thick. The T section that was mounted to car was 50 X 50mm box 2mm thick, parts that were to slide through the 60x60 box I added plate steel to make it tighter and stronger, just got good measure added 3mm thick angle under the long section holding the car to stop any flex.

Spent 3 evenings laying down some heavy welds inbetween the bastard welders duty cycle grrrrr! But did the job: 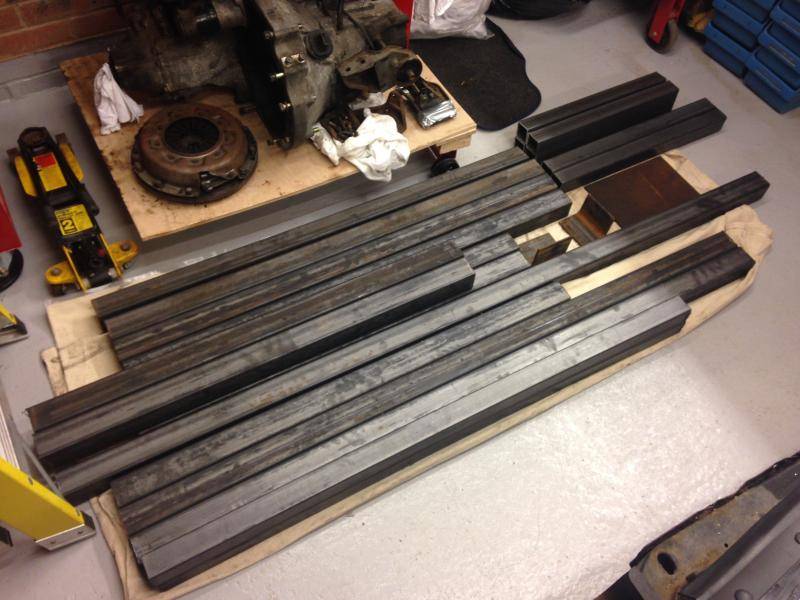 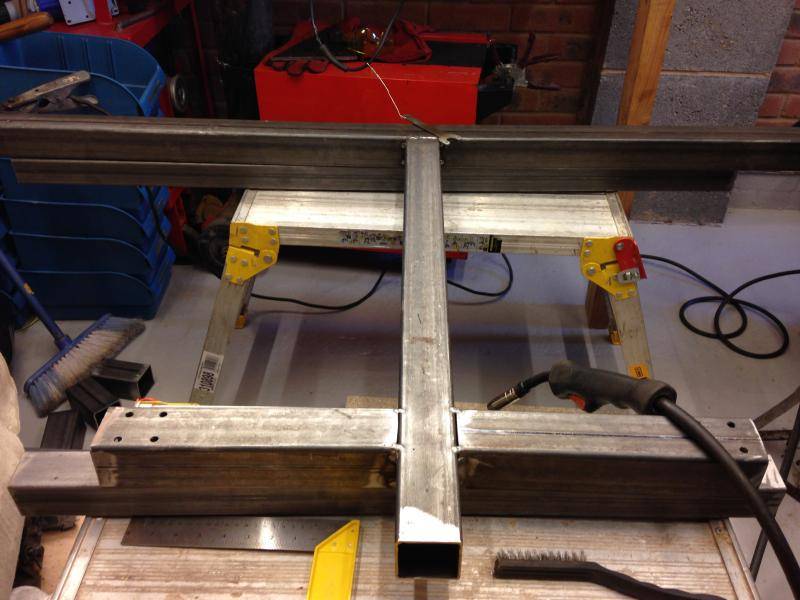 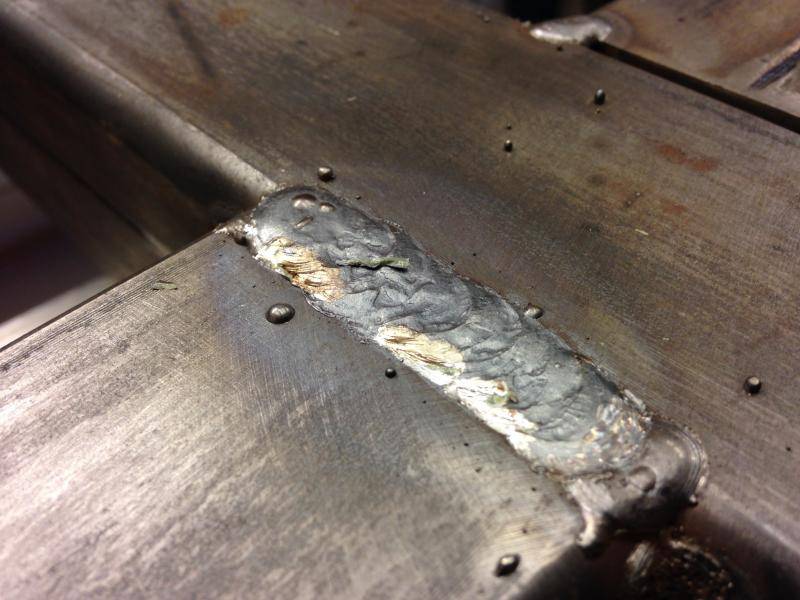 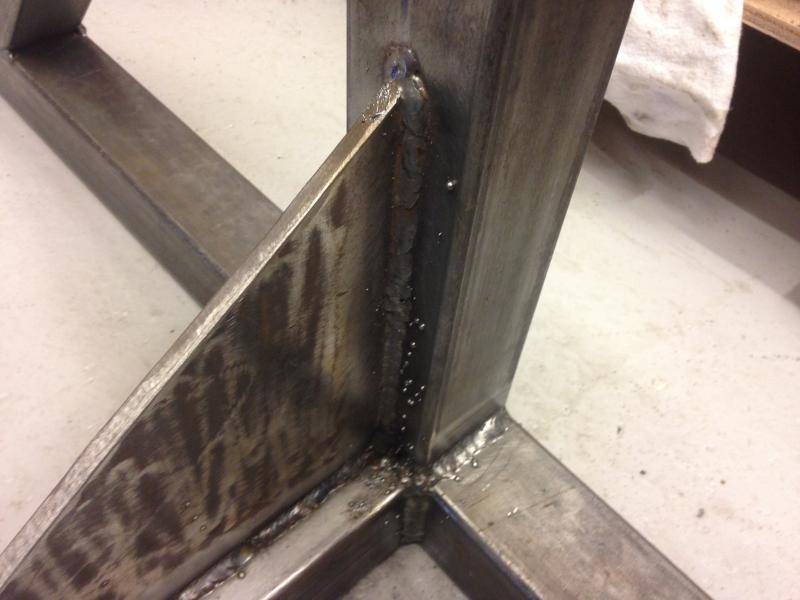 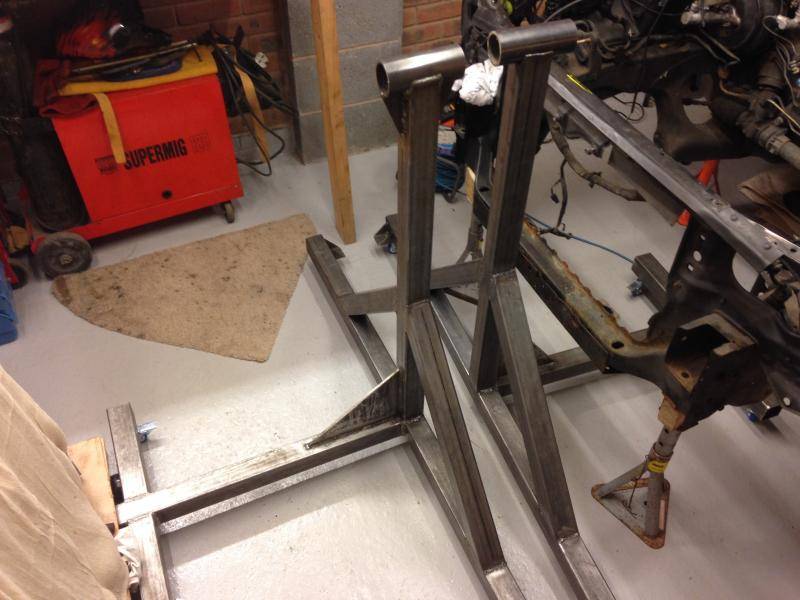 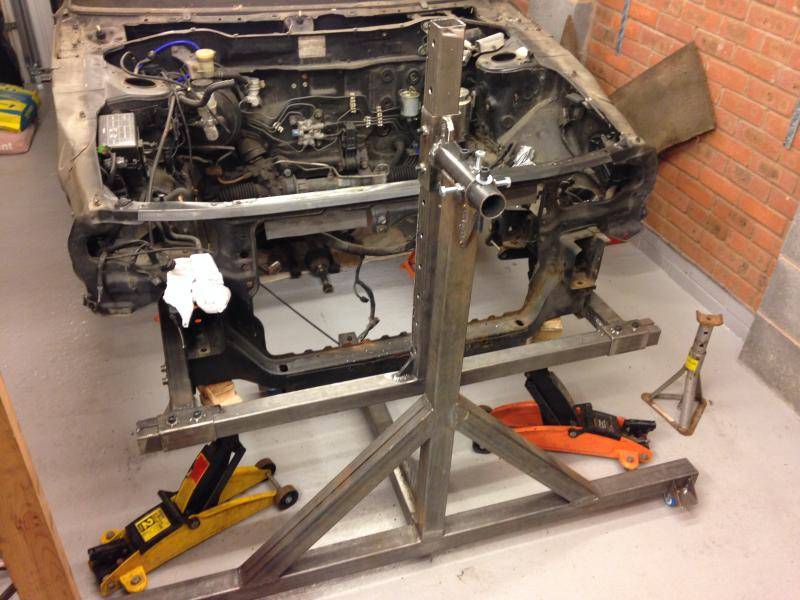 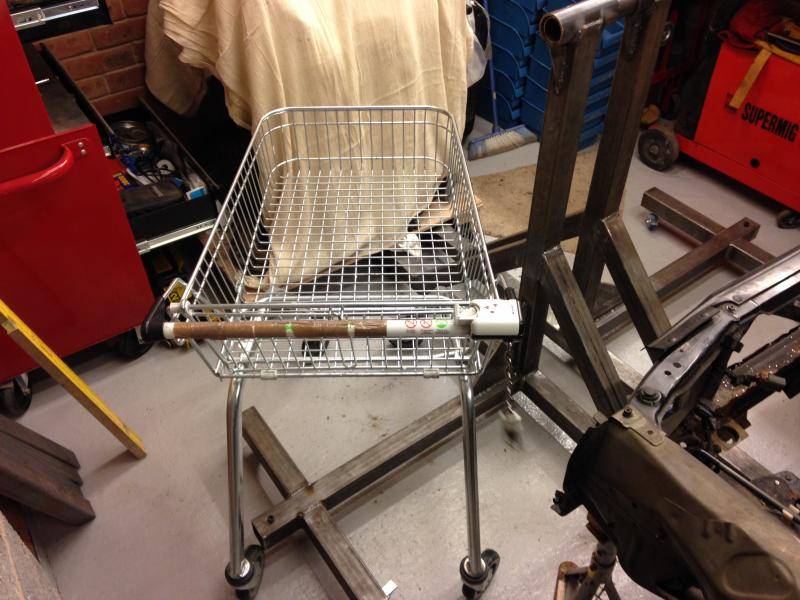 The pivot point I think from memory was 1000mm to the centre from the top of the bottom part of frame where the huge gusset is mounted on.  This height was fine for where I mounted the rotiserie to the car, upside down the roof of the car cleared the frame by a good few inches. Just make sure the gusset doesn't catch the rotating part of the frame before welding it in! 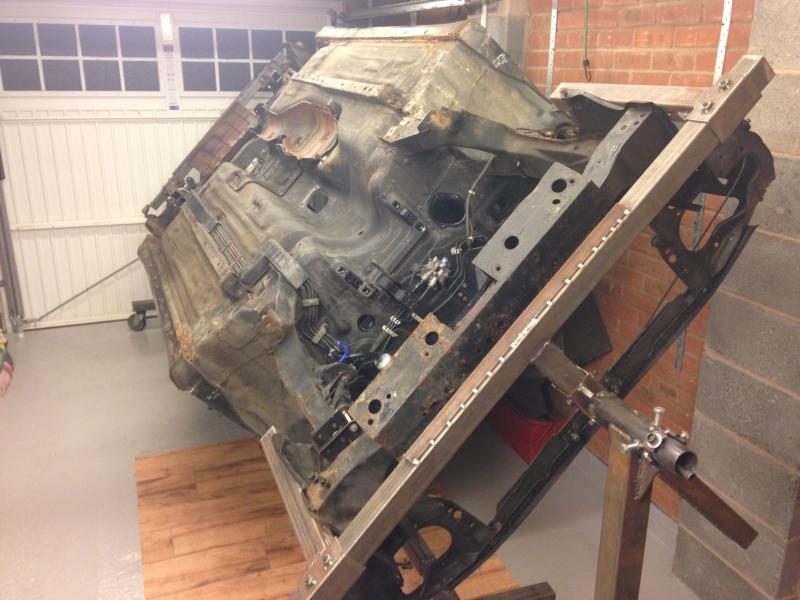 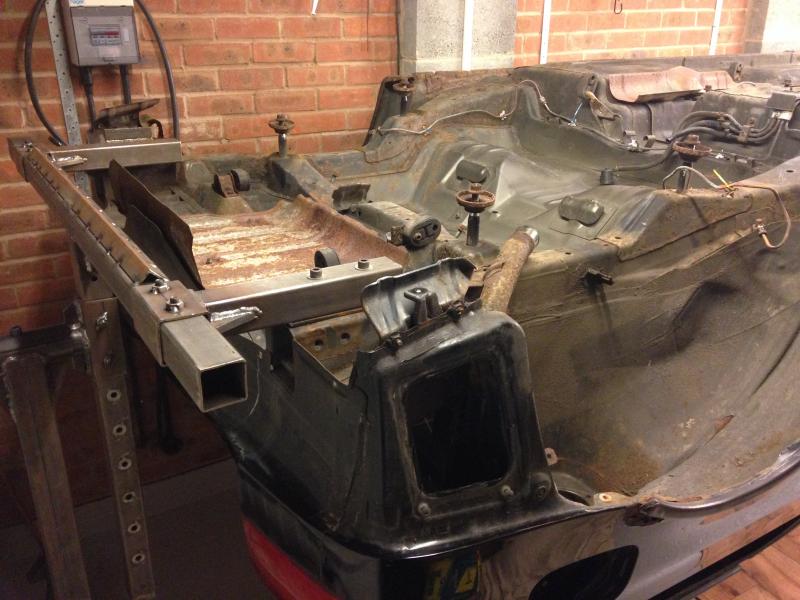 I also added a long piece of box to connect both ends together, so when moving it around they didn't pull apart etc, quick lick of cheap unbranded metal paint job done.

Things I'd do different if I ever built one again would be to add hydraulic Rams to lift the car up and down on it, as using trolley jacks and fence posts were quite hairy at times! Especially when the halfords special pissed it's oil out everywhere!

Couple of years ago now Johnny but there was one in that unit we had on jubilee industrial estate . Williams might know where it ended up

Yes do I give him a rep point for help or a hate point for taking it to the tip lol. Rep point thanks

@Papajohns wrote:Couple of years ago now Johnny but there was one in that unit we had on jubilee industrial estate . Williams might know where it ended up

When I first read this it reminded me of my first job for 3 years... cooking chickens